I think it’s pretty safe to say that bread is a staple in most people’s diets. However, bread typically isn’t the healthiest option around.

Some of you may also have some dietary restrictions that prevent you from having regular bread like most people.

So, for those that are looking for some kind of bread replacement because of a dietary restriction or you’re just looking for a healthy alternative to bread, you’ve come to the right place.

Trust me, I know how hard it can be to cut bread from your diet. Especially if you’ve had it for nearly every single meal for your entire life.

But you’re looking at this article because you want a healthy alternative to something that pairs so well with a ton of different meals.

Why do some of us need a bread substitute?

Well, some people have celiac disease. This prevents their body from processing gluten the way most other people can. They have a gluten sensitivity. Because of this, they need bread alternatives that are gluten-free.

Other people are probably looking for an alternative to bread because they’re switching to a low carb lifestyle. This means that normal bread isn’t a great choice by any means. Regular bread is filled with carbs and is never an option you should go with when it comes to any low carb diet.

Some people understand that bread isn’t always the healthiest choice. So, they are looking for a healthy bread alternative that will give them less to worry about when it comes to their health.

Whatever your reason for wanting a bread substitute, it all comes down to your health. You want to have a healthy body and whatever you feed your body plays a massive role in that.

Below you’ll find 13 bread substitutes that you can use. Not everyone is going to be able to try all of these alternatives, but they are all going to be healthier choices than your traditional slice of bread. 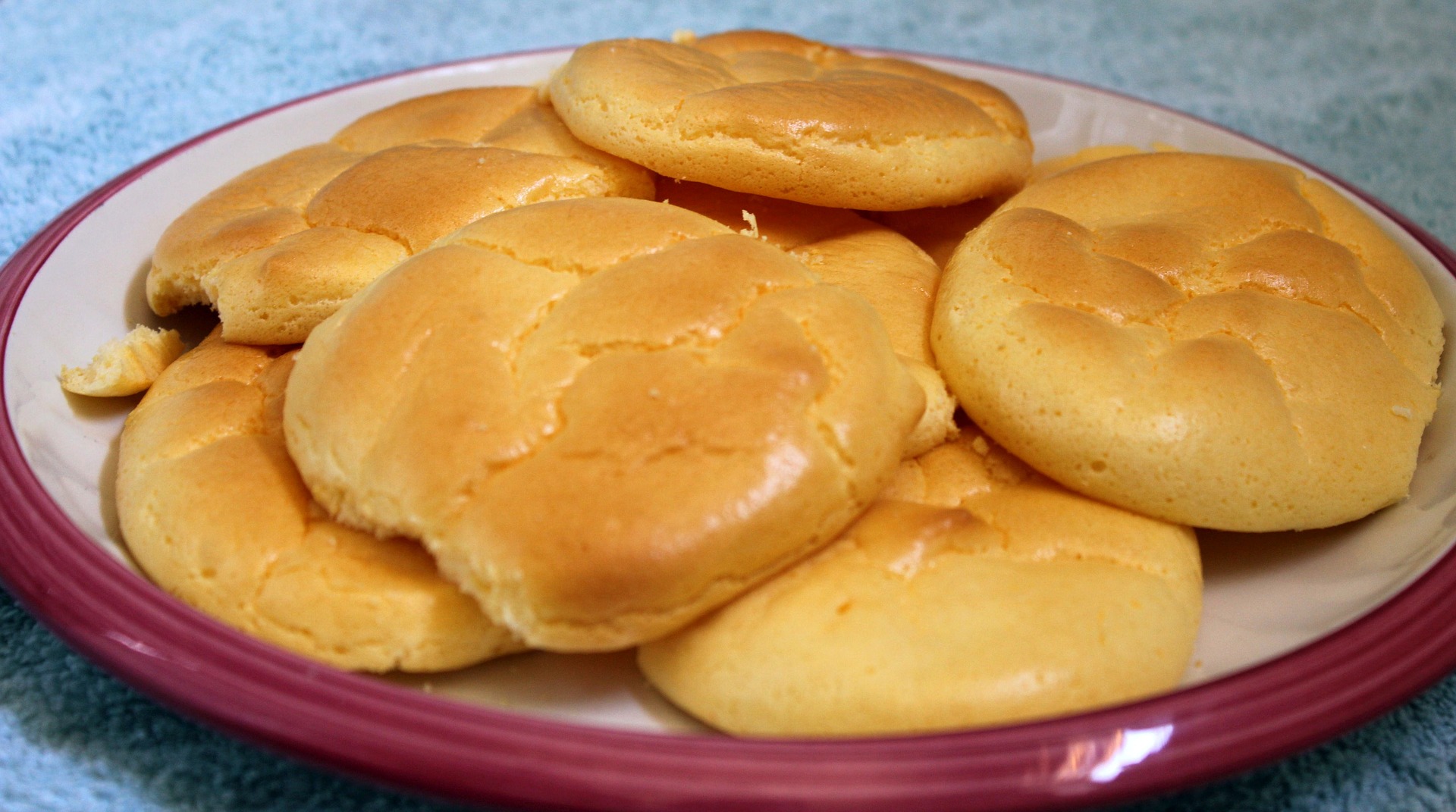 Cloud bread, also known as oopsie bread, is an extremely popular low carb bread substitute. For anybody that’s on a ketogenic diet, cloud bread is something you should really take advantage of if you’re struggling to cut bread from your diet.

The good news about cloud bread is that it’s actually fairly easy to make.

This is one of those bread alternatives that you’re going to struggle to really tell the difference between this and the bread you’re used to having. The texture may be a little different, but overall you’ll be satisfied with this bread substitute.

Cloud bread is also safe for anybody to eat.

Although this is still technically bread, it’s a much healthier bread alternative when you compare it to the bread you’ve probably been eating.

Ezekiel bread is a healthy bread because it contains organic grains and legumes. If you’re a lover of regular sandwich bread, this is going to be the option you want.

You’re going to have a relatively high carb content with this bread, but the carbohydrates are going to be different than that of regular bread. It’s not going to have as much of an effect on your blood sugar.

You can consider the carbohydrates that you’re getting from the organic grains and legumes to be healthier than the regular crabs you’ll get from sugars. 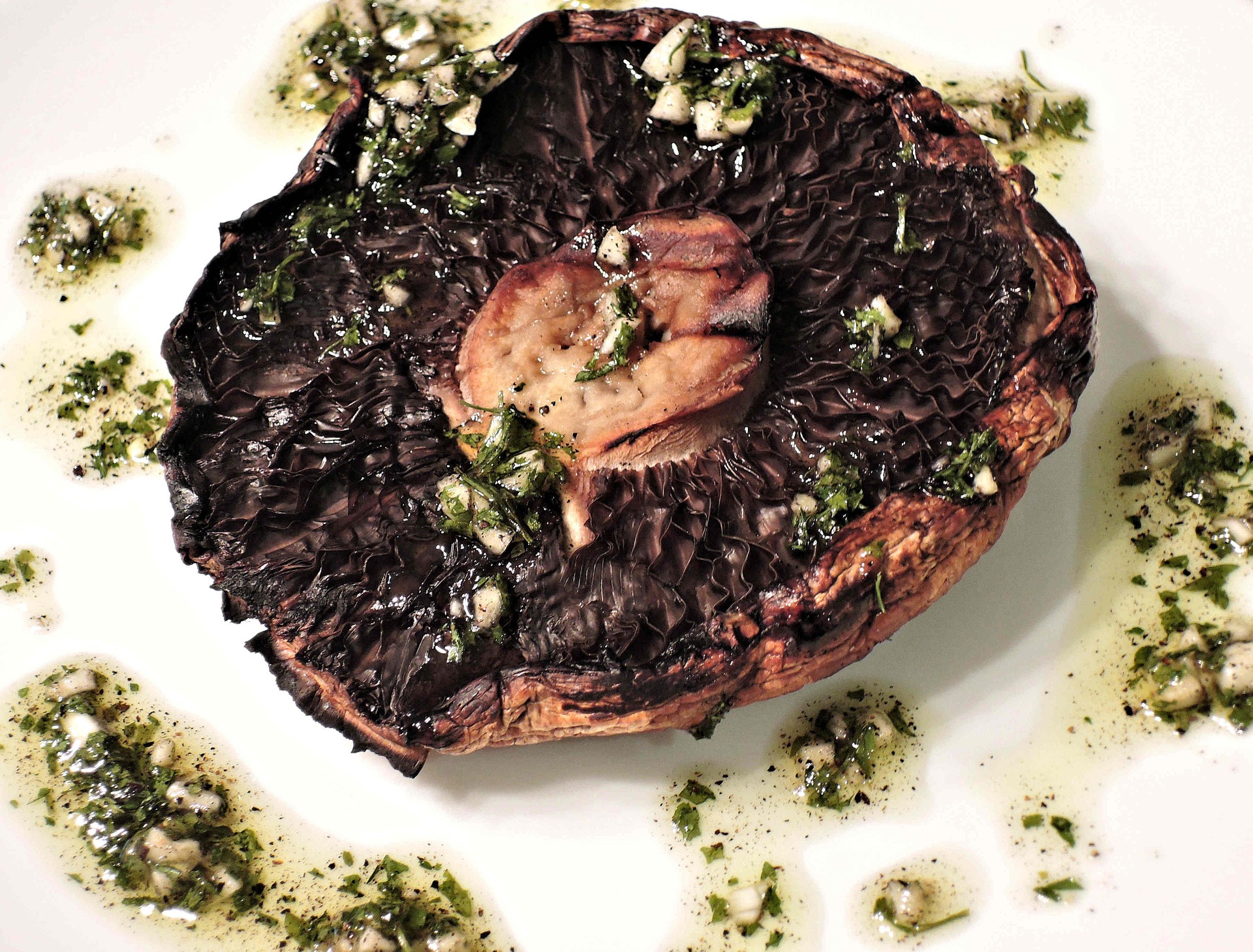 You may be thinking how can mushrooms be a good bread substitute. Well, I assume that you know mushrooms are already healthy. They are also delicious.

Check out these mushroom recipes if you don’t believe me.

Portobello mushrooms can act as perfect burger buns if you enjoy a good burger from time to time.

When used as sandwich bread, portobello mushrooms really have the same feel as regular bread. You won’t even be able to tell that you’re not eating the bread you’re used to having.

Portobello mushrooms are going to seem more filling than most other bread substitutes as well. I don’t know about you, but it’s nice to feel full after having a nice, healthy meal.

Eggplant can act as a good bread alternative. You may not get the same type of softness that you expect from bread, but it’s a much healthier option.

It’s very easy to set up this alternative. All you need to do is get the eggplant and cut two equal sized disks and you have two pieces of “bread.”

Most people will choose to grill them before cooking so you don’t have to consume raw eggplant. This will give the eggplant a slightly different texture so you don’t necessarily feel like you’re chomping on two giant pieces of eggplant with every bite you take.

Lettuce leaves can be perfect as a bread alternative. Not only is it going to be good for sandwiches, but you could make delicious lettuce wraps with them as well instead of using a tortilla.

This low carb, gluten free bread replacement is going to be good for anybody to eat.

With lettuce leaves, you really focus on what goes in the middle of it, instead of the actual “bread” itself.

Sometimes we may lose sight on what we’re adding to something like a sandwich because we have too much focus on our bread. You won’t have this issue with lettuce leaves. 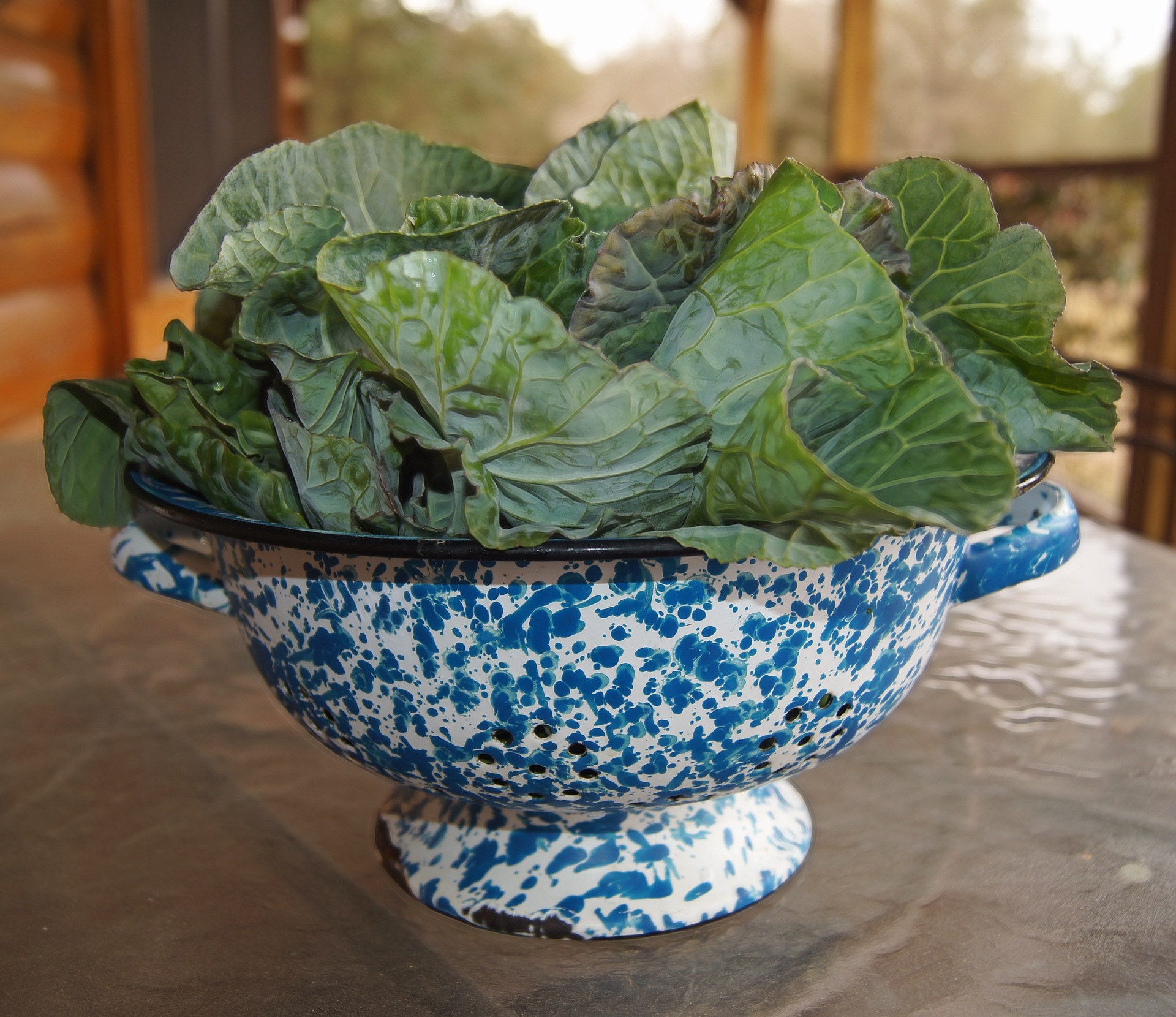 Collard greens are going to have the same type of effect as lettuce leaves when it comes to a bread substitute.

The difference is that collard greens are going to be more durable. They are going to hold up much better when you compare them to lettuce leaves.

Using collard green leaves will be most effective as a wrap. It can hold all the ingredients that you want in a wrap and you won’t have to worry about the wrap falling apart in your hands.

Nori sheets are what you see with a lot of sushi. It’s shredded seaweed that’s pressed into thin sheets.

You may think that this is an odd bread alternative and you’d be right. Not many people would use nori sheets as a bread substitute.

However, if you do choose to do this, it’s very effective.

The one drawback you may have with nori sheets is that they may get soggy relatively quickly. Nobody likes eating soggy bread when they are using it for a sandwich. It doesn’t feel right.

Cabbage is yet another food that can be used like lettuce and collard greens when you’re looking for a bread alternative.

Having cabbage may be a little different than lettuce or collard greens. Cabbage has more flavor than the other options, so it could easily throw off the taste of whatever you’re mixing it with.

Again, this is something that would be best as a wrap, but using two pieces for a sandwich can work well too.

Zucchini is a great low carb bread substitute. This is one of those options that people on the keto diet are going to love.

There are these things called zucchini boats. These are essentially zucchini tacos. You have all the ingredients inside a gutted zucchini.

You can also make a zucchini sandwich. Get two zucchini boats and put them together. You’re not going to fall anywhere short of taste. This might possibly be the tastiest thing you have when you make a bread substitute.

Almond flour is one of those things where you’re going to have to put in a little bit of work to get a decent bread substitute. There’s no way you can just take the almond flour out of the bag and start using it as “bread.”

There are a ton of almond flour bread recipes out there that will make you forget about the everyday bread you love so much.

The only issue with almond flour is that some people have nut allergies so they won’t be able to use this, but other than that, everyone else is free game. 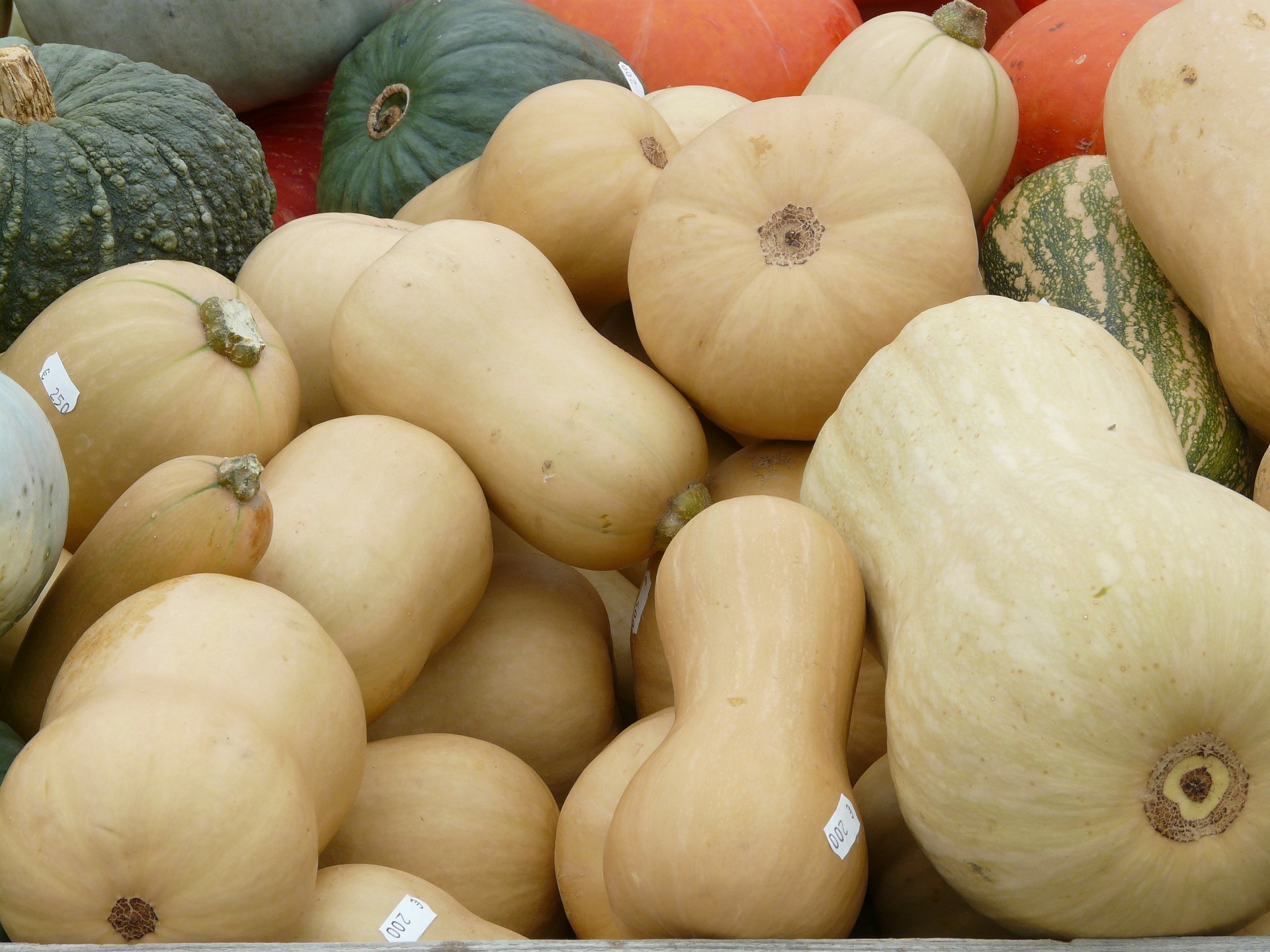 You may have never thought about using butternut squash as a bread alternative, but it can be extremely effective as one.

Butternut squash will have a somewhat sweet taste that could give whatever you’re pairing it with a nice twist that can take the overall taste of the meal up another notch.

Sweet potato can be another useful bread substitute. You can use it the same way you would the butternut squash.

For a lot of bread recipes that call for butternut squash, sweet potato can be used instead.

It’s always nice knowing that you have options out there when it comes to what you can use as a bread substitute.

Cauliflower may be one of the most diverse vegetables out there. You can substitute cauliflower for a ton of different items.

It should come as no surprise that there are a ton of different bread substitutes out there.

You just need to be careful of the bread substitutes you’re using if you have any dietary restrictions or allergies.

This could make your health situation much worse. However, if you’re careful enough, you’re going to find much healthier bread replacements that will make you forget about the loaves you’re missing out on at the grocery store.

If you want actual recipes and other bread substitutes that you can use, look here and know that your new source of bread is only a few steps away.