If you asked me what my favorite type of cheese is, I would more than likely say cream cheese. It’s so delicious. Cream cheese is a spread that is perfect on toast and bagels while at the same time being a key ingredient in a ton of different dips and other recipes.

However, there are some people that either don’t like cream cheese or can’t have it because of some dietary restrictions.

The people that just don’t like cream cheese just need a readjustment of their taste buds. For the people that have dietary restrictions, like they have a dairy allergy or they are on some sort of vegan diet, a cream cheese substitute is needed.

It’s not always easy to find a cream cheese replacement that is sufficient for most people. Luckily, you found this article that’s here to help you. 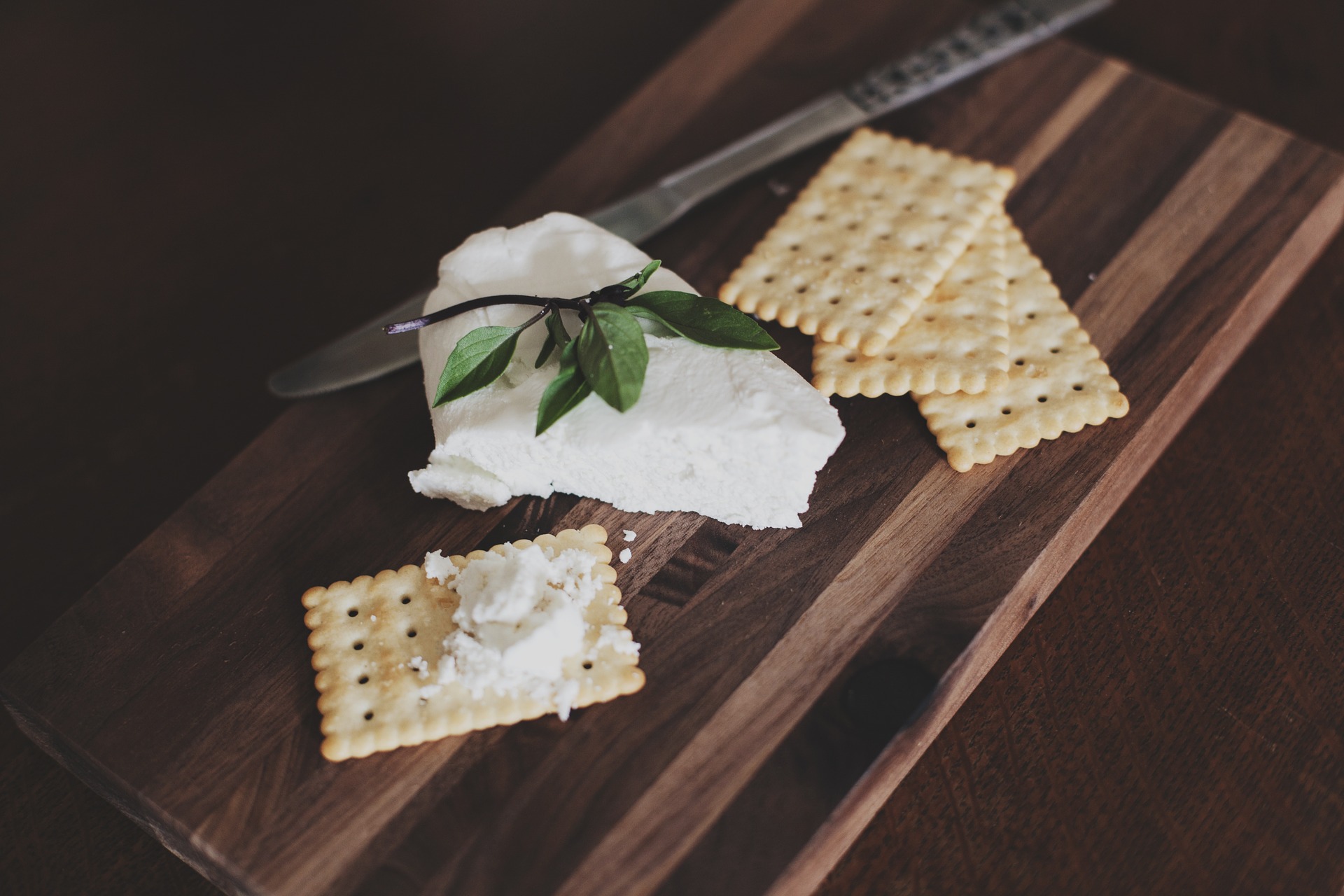 The main reason for you probably needing a cream cheese substitute is for dietary reasons.

Because of that, there are going to be two routes we can take with these cream cheese replacements based on dietary restrictions. A third alternative that we are going to look at is the one for people that aren’t fans of cream cheese but want a good spread they could use in its place.

We’re going to take a look at some non-dairy substitutes, some vegan substitutes, and some substitutes for the people that just want a cream cheese alternative.

By the end of this article, you will no longer be asking yourself, “what can I substitute for cream cheese?”

This alternative is going to not only be non-dairy but also vegan. The bases for this cream cheese substitute are coconut milk, coconut butter, and nutritional yeast.

When it’s made properly, you get something that’s very rich and creamy. You could easily say that this is a cream cheese alternative that’s extremely similar to cream cheese itself.

The coconut that’s used to make this cream cheese is going to make it sweeter than your average cream cheese. It’s going to be just as easy to spread and will be perfect for any recipes that are used to make a delicious frosting for dessert recipes. 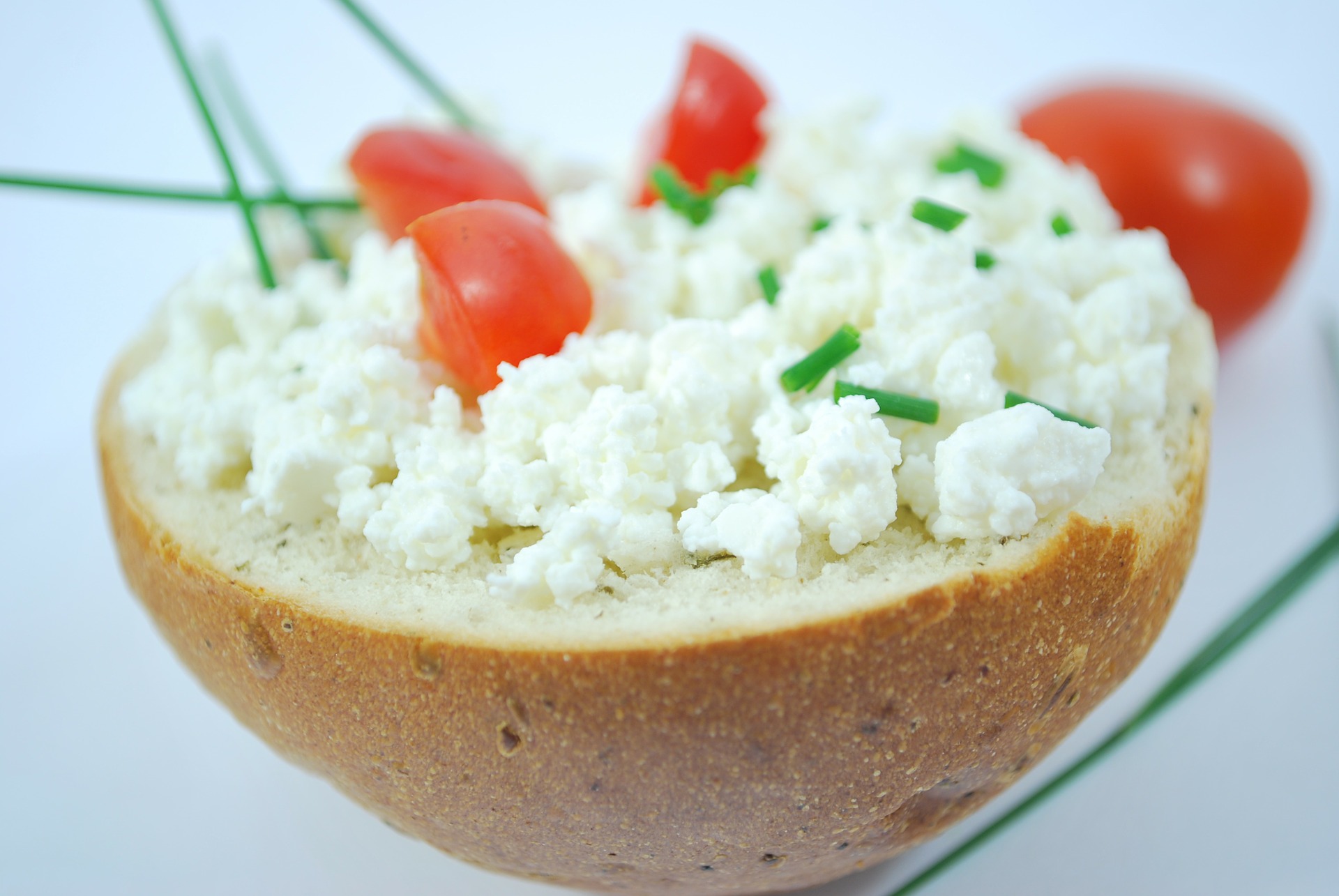 Ricotta cheese is a good cream cheese substitute. Like regular cream cheese, ricotta cheese is going to have a relatively high-fat content. So, if you’re on some sort of diet and you’re looking to lose weight, this may not be the best option for you.

However, if there aren’t any type of concerns about the fat content may be the cream cheese substitute you need.

This is much more for the people that don’t enjoy the original taste of regular cream cheese. Ricotta cheese has a less sweet taste and is a bit more firm than cream cheese.

If you want ricotta cheese to be something that you’re spreading, you may struggle a little bit with this option as a cream cheese substitute.

Cottage cheese is a great cream cheese alternative mostly because of its texture and taste.

If you need a substitute for cream cheese in baking, cottage cheese is going to be perfect. It’s not nearly as sweet so if you have a recipe that’s already really sweet, you can use cottage cheese instead to help minimize the sweetness.

If you want cottage cheese to be more like regular cream cheese, there is a bit of a process you have to go through. You’re going to have to mix that cottage cheese with plain yogurt. Then you need to strain it overnight using layers of paper towels.

Once the mixture is strained, you will have something in which the texture is much more like cream cheese. The sweetness still won’t be there, but that’s what you were looking for in the first place anyway.

Yogurt cheese isn’t just normal yogurt. Yes, it’s made from plain yogurt, but it’s strained for hours so it doesn’t have any of its whey left.

So, technically this does still make it yogurt, but it’s a form of yogurt that is more of a solid than a liquid. It’s much more spreadable which makes it a perfect cream cheese substitute.

Although it’s not technically a cheese, yogurt cheese is fairly simple to make and will act a the perfect cream cheese alternative. Just think of yogurt cheese as a light cream cheese. Something that’s a bit more healthy depending on what your daily diet is like. 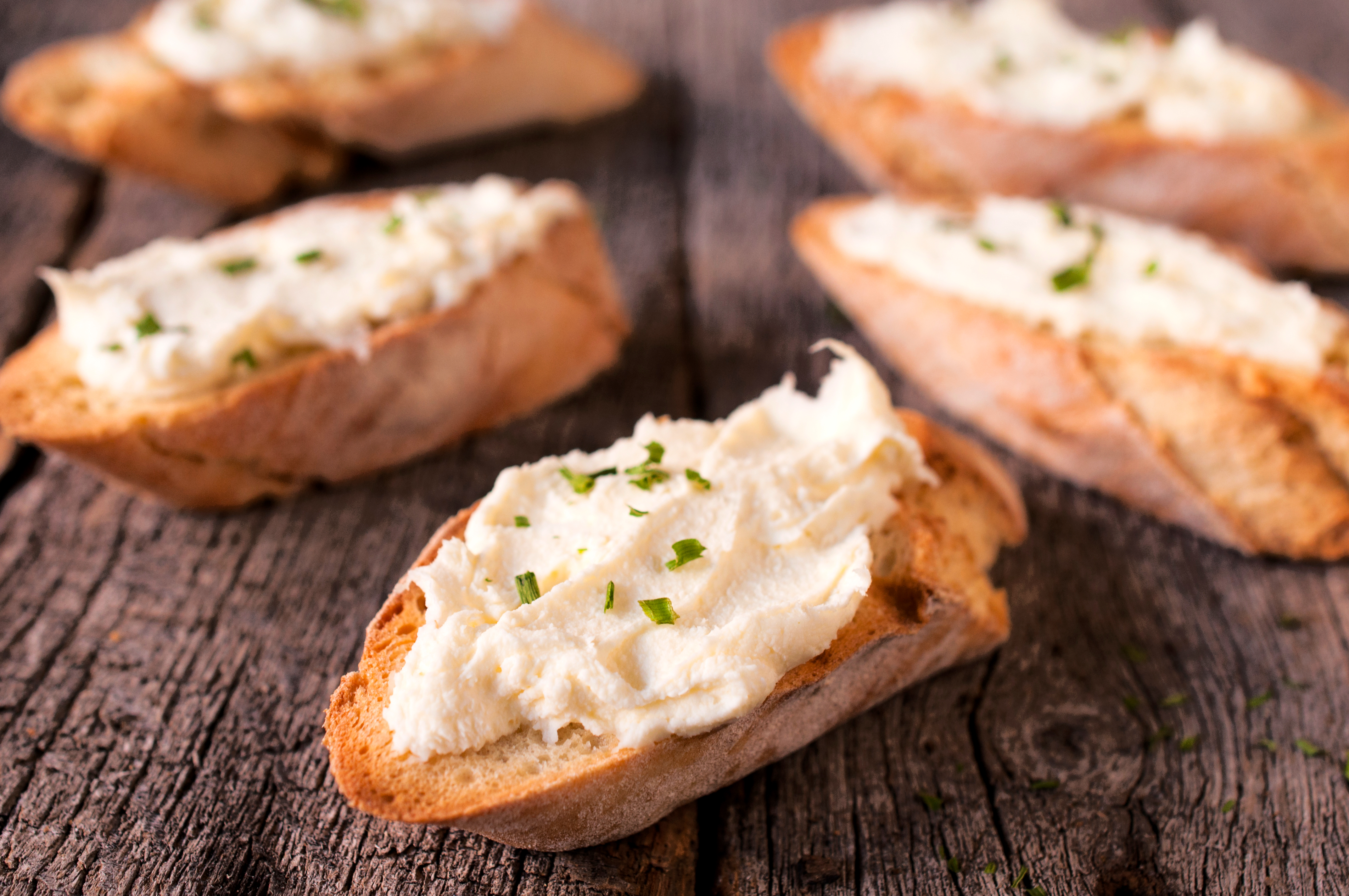 Who would’ve ever thought that you can turn nuts into a tasty cream cheese replacement?

This type of cheese is going to be a vegan alternative for those that are vegans. If you have some lemon juice, apple cider, vinegar, almonds, and a couple of other ingredients, you can make your own almond cream cheese.

Add in some of your own spices if you’re looking to completely change up the taste of it.

I’m more of a pure person when it comes to recipes. I enjoy tasting things as they are first without adding things into it to change the taste completely.

If you want something that’s as close to a cup of cream cheese as it can get, add some vanilla extract to your almond recipe and you’ll get the sweetness that will be lacking a bit.

Safe to say you’ve probably never heard of Kefir before. It’s a Turkish drink that’s made from sheep, goat, or cow milk. Then it’s fermented with yeast to complete the process.

To get the perfect cream cheese substitute, add 1/4 cup of chia seeds to a bowl of kefir. Leave the mixture to allow the seeds to soak up whatever water is in the kefir.

This is a healthier version of regular cream cheese. You more than likely won’t find these two ingredients combined in the store so you’ll have to buy them separately.

Again, making the cream cheese replacement you want isn’t going to be difficult so the process shouldn’t be a daunting task.

If you couldn’t tell, this is going to be another vegan version of cream cheese.

Although tofu is typically bland and it depends what you add to it to give it some taste, this tofu cream cheese has the creaminess you’re looking for.

Unless you’re allergic to tofu, trying this is something you should do even if you love regular cream cheese. You may be pleasantly surprised at the taste.

Mascarpone cheese is a cheese that typically has nearly the same health values as cream cheese. Because of this, you could say that mascarpone is actually the perfect cream cheese substitute.

The texture between the two may vary a little bit, but overall you’re going to get something that’s very similar to what you’re looking for.

Petit-Suisse is a French cheese that’s made from cow’s milk but made even creamier with cream.

The fat content is more than that of cream cheese, so if you want more fat in your diet, then this would be a good cream cheese substitute.

However, most people aren’t actually looking to add more fat to their diets. So, be careful because if you add this to a diet that’s already high in carbohydrates and fat, you’re only taking away from your health.

This could be one of the closest cream cheese alternatives. Gervais cheese is another kind of French cheese that is sweet and very creamy.

Gervais cheese is something that you can find at your local grocery store. It acts as the perfect spread for when you want it.

Personally, I would much rather have this on my toast than an avocado any day of the week. 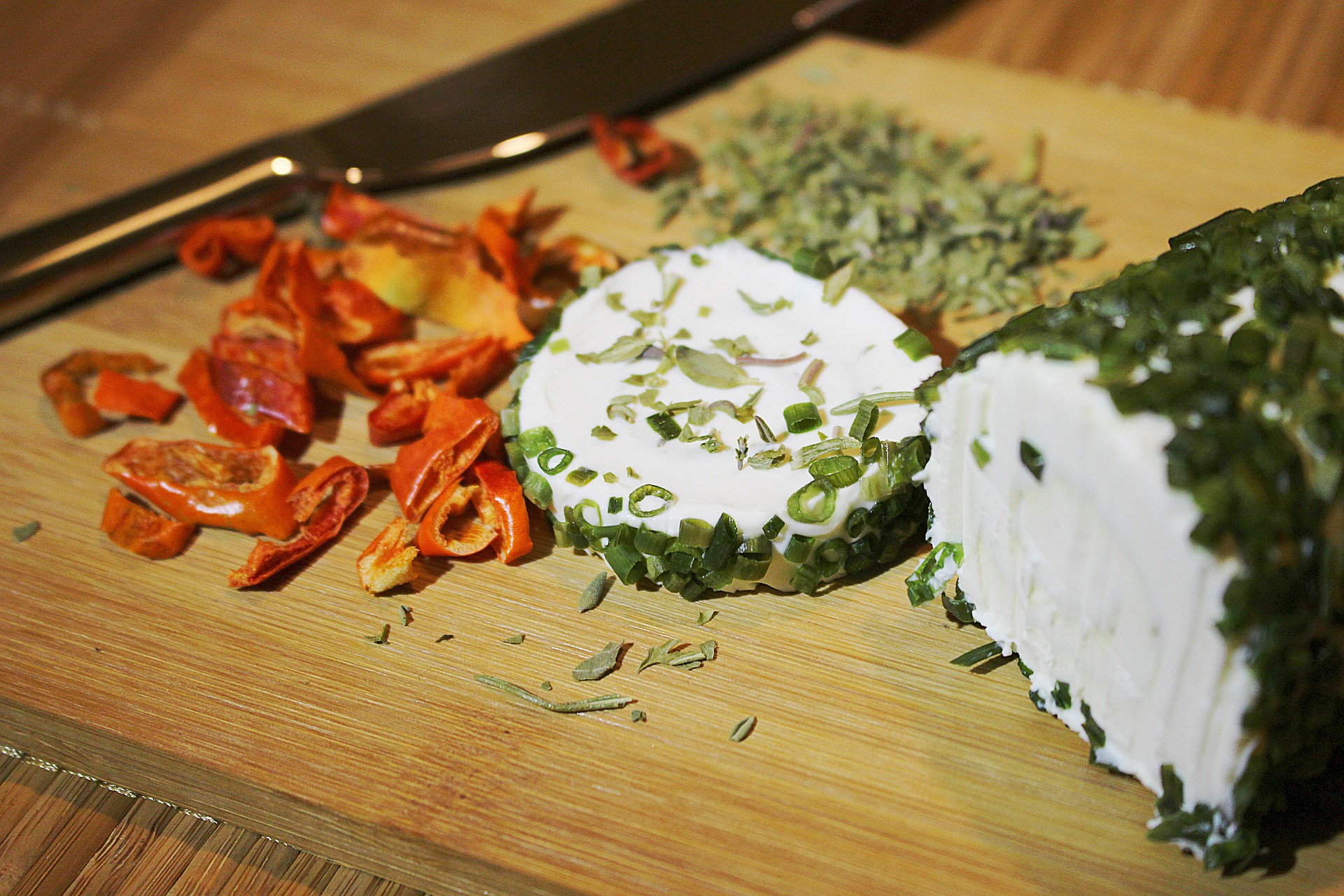 Plain Greek yogurt is yet another cream cheese substitute that you can use when you need an alternative.

The texture of Greek yogurt is very similar to that of cream cheese. Because of this, you can spread it how you like but expect a different taste.

As a cream cheese substitute, this pairs best with crackers.

When it comes to cream cheese, there are a ton of different options that you have to choose from. You don’t need to worry about never having cream cheese if you have these cream cheese alternative around your place.

No matter what your dietary restrictions are, you can find something similar to cream cheese so you can enjoy the sweet creaminess that so many different people love.