Some call it jelly, others call it jam. Either way, you can’t deny that it goes great with a piece of toast and can help your mornings start off the right way.

Food almost always tastes better when you make it yourself. There is a sense of pride when you make something and it tastes delicious. This only makes what you make even better.

So, why not apply this same logic to make your own homemade jam? You don’t even have to be that gifted in the kitchen to make it.

Be ready to see how to make homemade jam. The best part is that you’re going to be able to make it whatever flavor you want as well. You don’t have to stick with the traditional strawberry homemade jam.

Do things how you want to do them, but use the homemade jam recipe that you’ll see below. 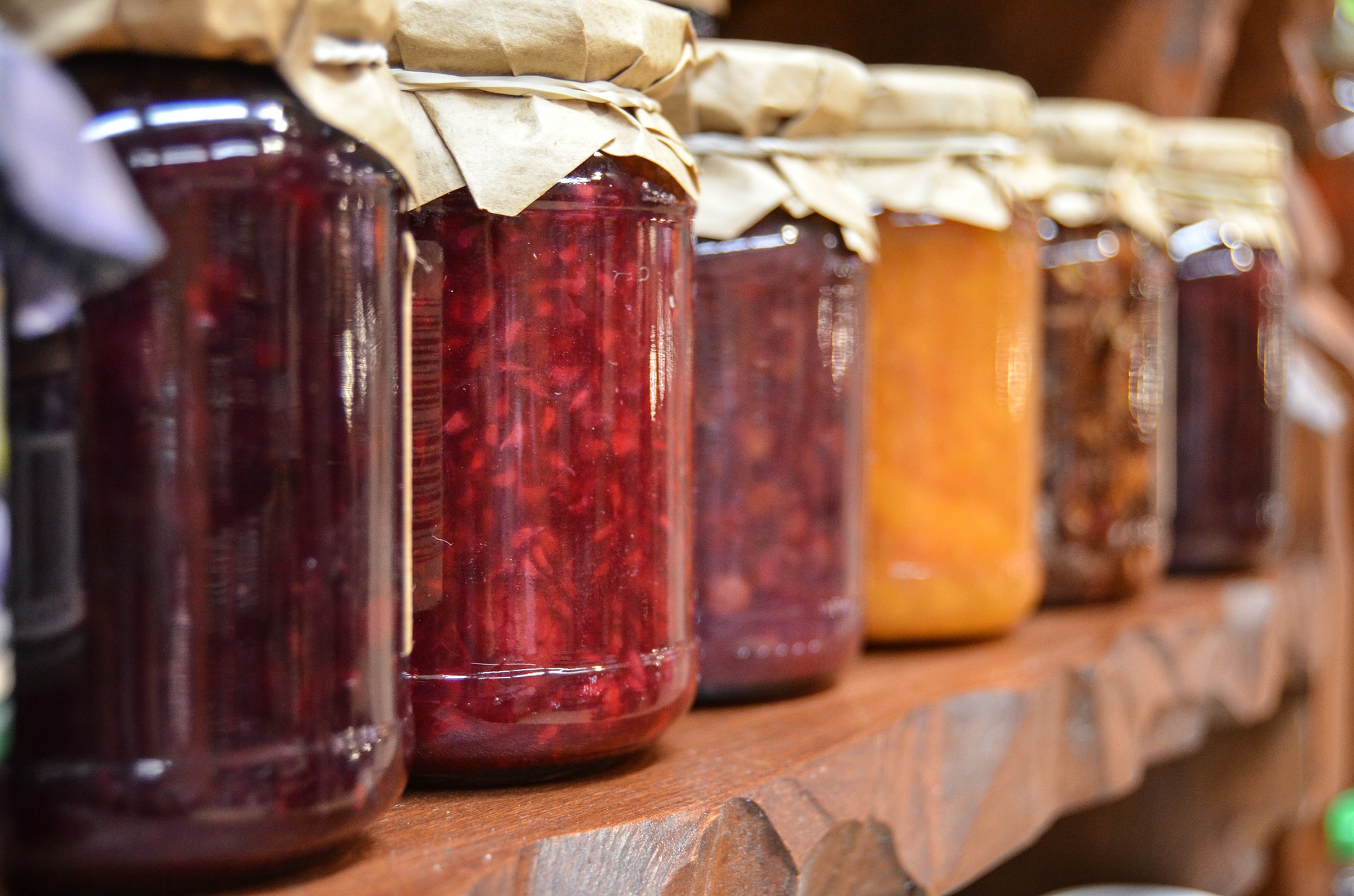 Making your own homemade jam is going to be much less intimidating than it may seem.

Doing anything by yourself can be a little intimidating at first. This is going to be a new process for a lot of people so things may not go perfect the first time.

However, things still won’t be completely terrible. The process of making your homemade jam isn’t going to be something that’s extremely difficult to do.

If you can pay attention to details and really focus on the task at hand, even if you mess up a little bit, you’re going to have yourself a jam that people are going to love no matter what.

You can’t have jam without the proper ingredients.

You’re going to need fruit. Pick any fruit you want. It would be better to make it fresh fruit since it will be much easier to work with.

Get a package of pectin. Pectin is what’s going to cause your homemade jam to become a gel. It’s going to make it actually seem like you have a jam in front of you.

About 4 cups of sugar are something that you’re going to need. It’s going to make your homemade jam slightly more flavorful.

You’re going to need about a quarter cup of lemon juice as well. This is just to ensure that your entire mixture blends well with the pectin and helps your jam become more gel-like. Not to worry, the lemon juice isn’t going to have much of an impact on the overall flavor of your jam.

You need to make sure that you have the proper equipment to make your homemade jam. You can’t just use anything to properly make it and store it.

Use canning jars to store your homemade jam. Use jars that are going to be able to handle boiling water. This is going to ensure that your jam lasts as long as possible.

A large pot is going to be needed to boil some water. That will come in handy a little later. Also to get your fruit to the texture that it needs to be.

Making your homemade jam isn’t going to be as simple as getting your fruit, mashing it up, and putting it in a jar. There is a bit of a process so it’s important that you stay patient with the process. 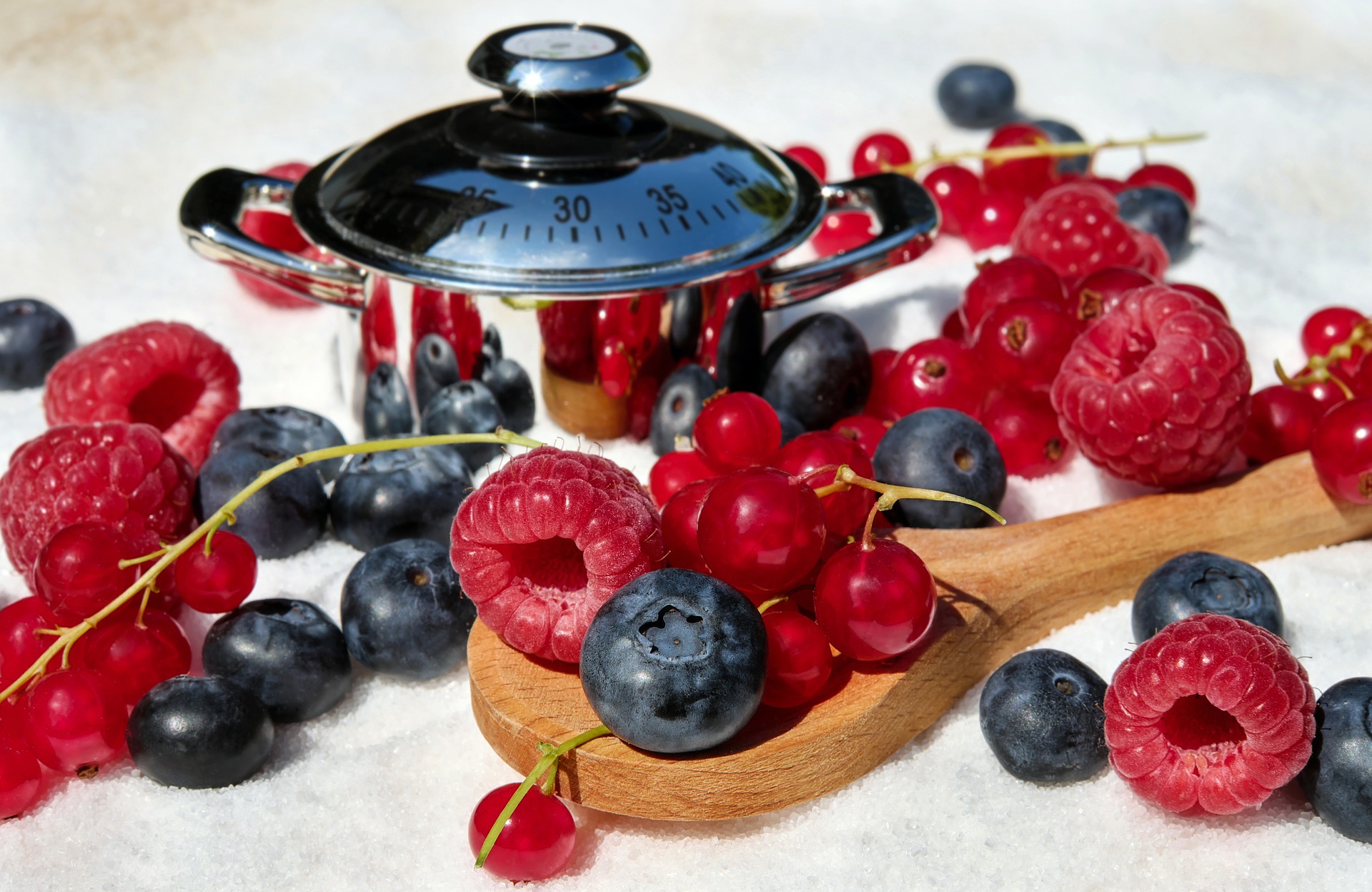 The first step is picking the fruit you’re going to want to use. Some sort of berry is preferable. This is mostly because they are easier to deal with when it comes to the overall process of making homemade jam.

Once you get the fruit you want, you’re going to want to wash them. Fresh fruit can be a little dirty so washing them is just an extra precaution.

Crush your fruit. You don’t want to crush them completely. You’re going to want to have a few chunks laying around.

If you crush the fruit a little too much, your jam isn’t going to have the right consistency throughout.

Mix In Sugar and Pectin

After you have your crushed fruit, you’re going to want to add in the sugar and pectin.

Add everything in a large pot and begin to stir in until the mixture comes to a full boil. Once you get that boil, you’re going to notice that the mixture is starting to become much more of a jam.

You should be able to tell with the consistency.

If you feel as though your jam is too runny, all you need to do is slowly add a little more pectin. Pectin is going to give your jam the jam texture you’re going to be looking for.

After you have boiled the mixture for about 5-10 minutes, remove it from the heat. If there is any foam that’s sitting on top of the mixture, remove as much of it as you can.

After you have removed the mixture from the heat, grab a cold metal spoon and scoop some of the jam out. Once the jam has cooled to room temperature, it should be much more of a gel-like substance.

This allows you to be sure that your jam is actually like the jam you want to eat.

Get all of your jars and fill them as much as you can with your newly made jam.

After you fill the jars and put the seal on them, place the jars in boiling water. You need to make sure no water is going to slide its way into the jar.

Boil the jars for about 5 minutes.

After those 5 minutes are up, remove the jars from the water.

Let them cool before you start eating your new homemade jam. This is going to allow you to fully enjoy the jam you worked so hard to make.

It’s important to place any unused jam in the fridge so that you can preserve your homemade jam as long as possible.

Homemade Jam You Can Truly Enjoy 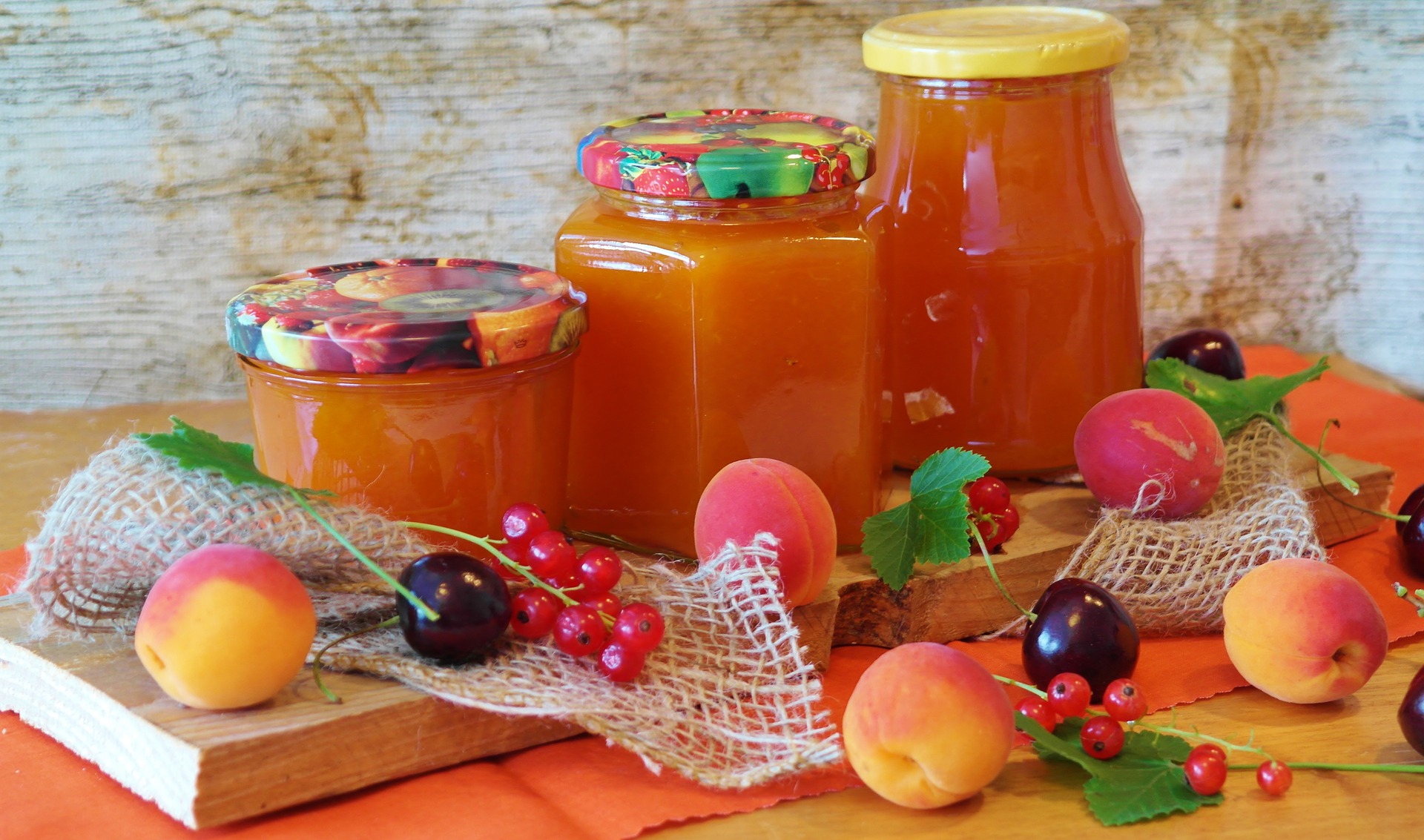 Making your own homemade jam can be a fun experience that you’re going to fall in love with. The excitement that you get from the anticipation of trying something you made yourself is unlike anything else.

You have to know how your jam tastes, so you know whether or not your skills in the kitchen are up to par for what you want.

Whenever you make something yourself, you’re going to want it to be the best it can possibly be. This goes for anything and everything you make yourself.

When it comes to making homemade jam, it’s something that is going to last a while, so making a batch of jam that you can be proud of is going to bring you a lot of joy.

The above recipe allows you a lot of freedom with the type of jam you want to have. However, the process that goes into making the jam is going to always be the same.

Get into the kitchen and make a homemade jam that you’re not only going to love, but the people around you are going to love just as much.