Nearly all diets will have some sort of positive effect on your body. You’ll go through some ups and downs but in the end, you’ll hopefully see a positive result that you’re happy with.

The same goes for a ketogenic diet. This diet is going to help you shed a lot of unwanted fat and give you numerous other benefits that will help you later on in life if you decide to stick with this.

However, just like every other diet, there are going to be some minor side effects. I only call them minor because your body will be going through a lot of changes and needs time to adjust. The side effects aren’t going to cause you any serious health problems either. They are only going to be somewhat temporary.

The side effects of the keto diet are, of course, going to be unwanted, but some of them may not be avoidable. So, because of that, it’s better to be prepared and know what to expect than have the effects sneak up on you out of nowhere.

The symptoms of the flu include ones that are very similar to that of normal flu symptoms. It’s important to understand that when you start to get the keto flu, it’s going to pass eventually. The flu is not going to stay with you for weeks upon weeks. At worst, it stays with you for a few days.

You have to stay with the diet though. If you go off the diet at the first signs of the flu then try to go back to it when the symptoms go away, you are basically starting from scratch again. You will get the keto flu again. Don’t keep forcing yourself to start over.

If you stay disciplined with the diet, the few days of suffering are worth a lifetime of health.

If you want to learn more about the keto flu, you should look here. 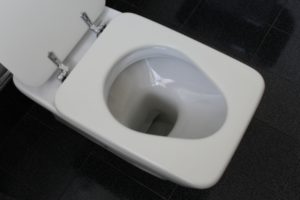 That’s right, you won’t be going to the bathroom the same way you usually do.

Your body needs time to adjust to the new diet. The cells and bacteria in your stomach need time to make changes.

You will be experiencing some constipation, but that’s about it.

After a while, you will be going to the bathroom with ease and without that constipation. Your body will more than likely not need to use the bathroom nearly as much as it used to.

If this side effect doesn’t change after a couple weeks, you are more than likely not getting enough fiber in your diet. To adjust to this, just eat more non-starchy foods that have a little extra fiber so you can stop struggling in the bathroom. 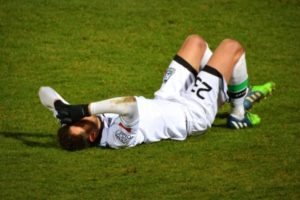 If you were an athlete that played at a relatively high level, you probably had a cramp before. You know just as well as I do that they are no fun at all. They are a serious pain to deal with.

Well, this is something that you might have to be on the lookout for when you’re on a keto diet.

Cramps usually happen because your body is lacking fluids, salts, and electrolytes. When you’re on a keto diet, you will start losing a lot more fluids and because of this, you’ll lose a lot of salts and electrolytes as well.

This is why it’s imperative you stay as hydrated as possible at all times throughout the day.

Just drinking water isn’t going to be enough. Your body can only hold so much water before you need to urinate it out. So, to get more electrolytes in your body, you can use a water supplement, such a mio, which is enriched with electrolytes, or you can eat more foods that have a higher salt content. With this diet, you don’t even need to be scared to add more salt to any meal you have, but make sure you don’t overdo it.

When you are able to stay hydrated and replenish your electrolytes, you’ll be able to keep the cramps to a minimum. You might not even experience any cramps at all if you have the right things in your body.

This side effect isn’t going to happen to everybody. We can consider those people the lucky ones.

When your body is in ketosis, it will start releasing ketones. These ketones can be released in your breath, sweat, or even your urine. This means that your body odor could possibly get a little worse.

The good thing about this is that for a majority of people, it is temporary. The bad smell isn’t going to last forever.

If you want to try and counteract the bad smells, I would recommend using a good sugar-free gum and a powerful deodorant. There really isn’t much you can do about your urine smell, but who is going to pay attention to that anyway? 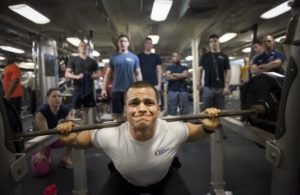 This may be something that seems really bad, especially for those of you that are active. However, the good news is that this side effect is only temporary.

As stated earlier, your body is going to need some time to adjust to this diet. Just because you may not be doing much physical activity, your body is constantly working trying to change so you can be a better you.

Because your body is doing so much to change itself, you are going to get a little fatigued. When your body is a little tired, your strength is going to be reduced. That’s something that is inevitable.

Don’t allow yourself to get discouraged over this, though. It’s only going to last for a few days and then you’ll be back to performing at your peak.

Some of these side effects are going to suck. Some of them are going to happen no matter what you do. The important thing to remember is that they are only temporary.

These side effects are only going to last for a few days and most of them will happen at the start of your diet.

Once your body is able to adjust to what you’re doing and gets used to everything you are and aren’t putting into it, you’ll be functioning as you always have.

In saying that, those first few days could be very difficult. This is why you need to do everything you can to stay with the diet. Do not veer away from the diet at all. If you stick with it, you’ll be more than satisfied with the results you get a few weeks, months, and even years down the road.