Losing weight is never a fun task. It takes a lot of hard work. You have to put your body through a lot and in the end you may feel as though it’s not even working at all because you see minimal results.

When it comes to the foods you are eating, if you really want a lot of weight loss, you are going to need to significantly cut your carb consumption. Carbs are eventually going to get stored in your body as fat if you are unable to burn them off in a specific amount of time.

You can try something that is called the ketogenic diet. This diet will help you cut the carbs and shed fat from your body.

For some, I know how difficult it can be to cut some foods out of your diet. That is why it’s important to know what some substitutes for certain foods are. If you are able to know about some substitutes, then you’ll be able to make numerous recipes that are going to help you lose weight. It may even seem as though you haven’t changed your diet at all. 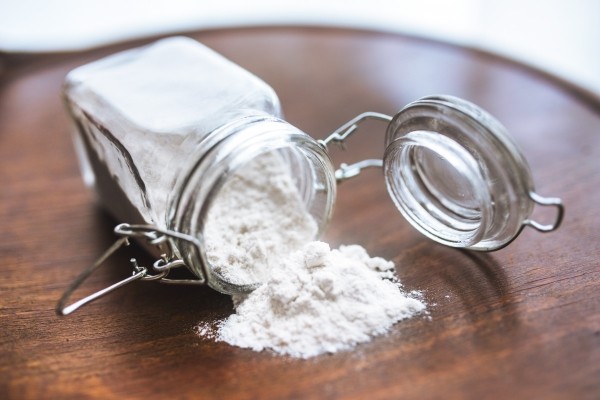 Flour is great for cooking and baking. It seems like it’s hard to have something replace it. When you’re on a low carb diet, you definitely need to find a way to replace it. This is when almond flour steps in.

Low carb diets are going to ask you to eat more fat and more protein so having almond flour is a no brain substitute.

If you’re struggling to find almond flour, you can make your own relatively easily since it’s just ground up almonds. This product is going to be easy to cook with as well so you can have all of your low carb meals without having to change many ingredients.

Adding some sort of breading to some foods is what makes them have that extra bit of goodness when we put it in our mouths. The part that sucks is the fact that when you add breading, usually breadcrumbs, to a dish, you’re adding a lot of carbs to the entire meal.

We want to have something that can give the same effect as breadcrumbs but give us significantly fewer carbs. The answer to this is pork rinds.

Pork rinds are extremely low carb and when you crush them up, they act exactly like breadcrumbs. If you’re worried about the taste at all, that’s understandable, but you will honestly not be able to tell you’re eating pork rinds. The taste is just like breadcrumbs and they will not change the flavor of whatever you’re adding them to. 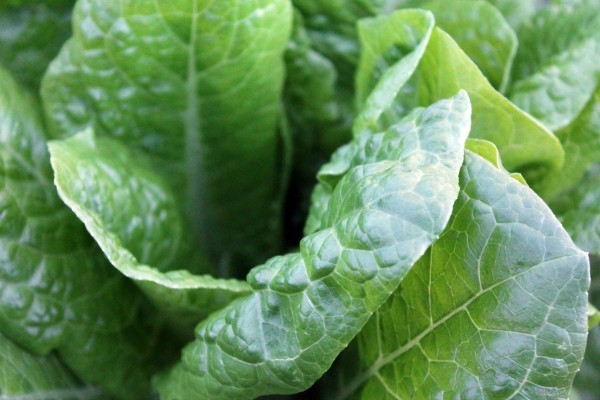 It’s safe to say that most people love tacos. Whether they are hard or soft, having something hold all the ingredients together so that you can have an explosion of flavor in your mouth is something that is hard to come by.

However, the traditional taco shell or tortilla is basically all carbs. This sucks when you’re on a carb restricted diet.

This is when lettuce leaves come into play. They serve the same purpose as a normal taco shell. If you have some serious wrapping skills, they act as the perfect substitute for tortillas.

Lettuce leaves are going to provide you with a similar crunch to a hard shell taco, but at the same time, provide you with just enough softness like that of a soft taco. It’s the best of both worlds with no harm from carbs. 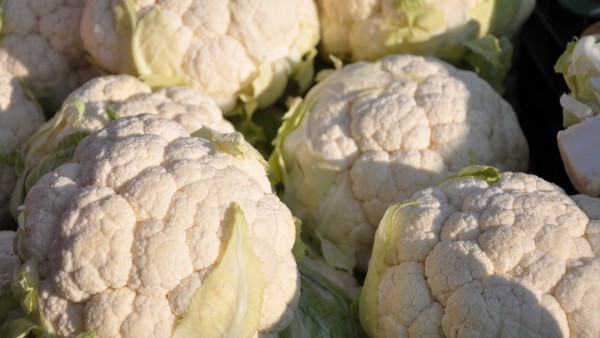 Rice is one of those foods that can go with basically every meal, dish, or snack. It’s a food that can get you full in a hurry as well. The downside to rice is that, eventually, it’s going to start adding weight to your body and not in ways you want.

If you want something that is going to be similar to rice, you need to look at cauliflower rice. From a distance, they look exactly the same. The taste is going to be pretty similar as well. However, the only real difference may be the texture. Cauliflower rice is slightly harder than cooked rice so that could be a problem for all you texture eaters out there.

Other than that, there are no real problems. Cauliflower rice is always going to be the healthier option for you.

Put simply, sugar is great. I have a sweet tooth that is going to stay with me for life, but I know that it’s not good, especially when I’m on a low carb diet.

One of the best substitutes for sugar is stevia.

Stevia is going to give you that sweetness you need so that your sweet tooth can be satisfied.

The one drawback for stevia is that it may take you a while to get used to the taste. If you’ve never had it before, the taste is probably going to be something that makes you think twice about having a second bite, but over time, you’ll start to acquire a taste for it.

Before you know it, there won’t be any problems and you’ll be thinking about putting stevia in everything. 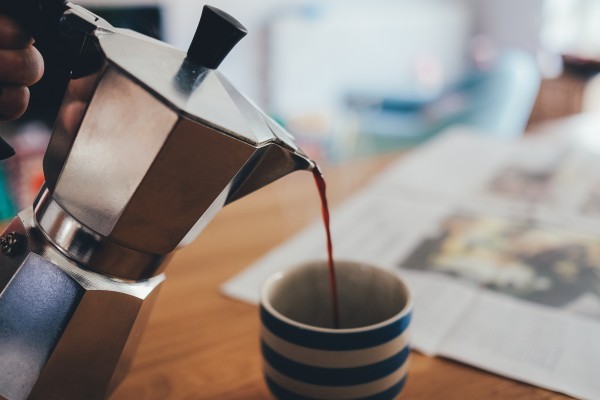 I’m sure that many of you can’t start your day without a nice cup of coffee. It’s the only way that some of you can even survive at work. You may even say that you have a slight addiction to it.

Coffee isn’t a good option for you when you’re on a low carb diet. Mostly because of the sugar and creamer that you’re more than likely adding to the coffee.

There is a morning drink that will push you through the day and it won’t require you to add sugar or creamer. That drink is bulletproof coffee. It’s such a simple drink to make and you will still get that hint of coffee so you know you’re drinking something that will please your taste buds.

Almond milk is the perfect low carb substitute for milk.

I wouldn’t say it’s like water, but there really isn’t much to it. For example, if you had a bowl of cereal, you aren’t going to be able to tell the difference. You won’t know that you’re not having real, dairy milk.

Almond milk may not be as creamy as whole milk, but it definitely gets the job done.

Another bonus about almond milk is that if you’re wanting to make your own, it can easily be done. No cows are required.

Mashed potatoes are one of those comfort foods that 99% of people love having. Since we’re trying to find low carb substitutes, we obviously can’t look at mashed potatoes the same as we usually do.

It really doesn’t get any better than mashed cauliflower, in my opinion.

For some people on a low carb diet, not having pizza is a severe killer. I love pizza just as much as the next person and it’s really no fun looking at somebody else enjoy the pizza you once had all the time.

Fathead crust has come to the rescue though. This type of crust is very low carb and grain free. It’s perfectly safe to eat. The preparation may take a little bit of time, but if you’re dying to have a pizza, then it’s totally worth it.

You won’t even realize that you’re not eating a regular pizza. All of the ingredients combine so well together that you’ll get lost and forget you’re even on a carb restricted diet. 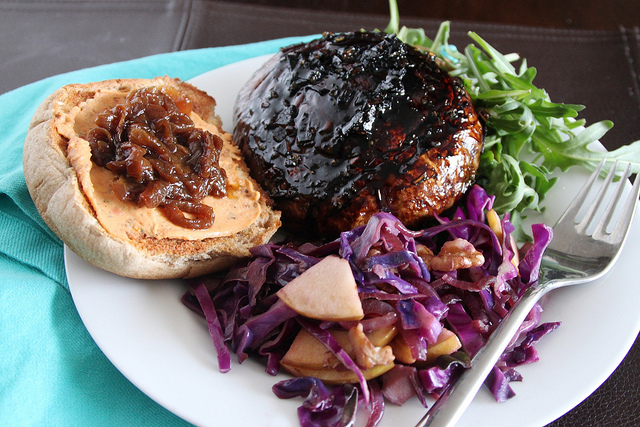 Everyone, that eats meat, loves a good burger every once in a while, but when it comes to a low carb diet, you’re going to have to neglect the bun. A burger doesn’t seem like much of a burger without a bun to keep it all together.

Portobello mushrooms are a great substitute for burger buns. They are soft and will give you the same consistency as a regular bun. When you combine this with a nice juicy burger, you’re going to forget that you don’t have any carbs on your plate. 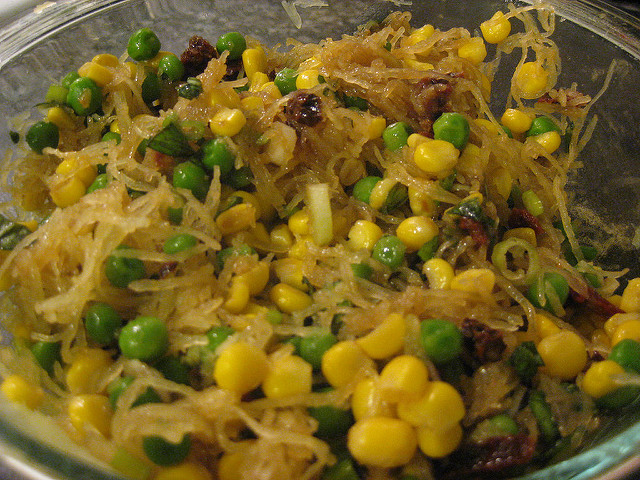 Spaghetti and meatballs are my all time favorite meal. I ask my mom to make it for me on my birthday every year. Being on a low carb diet, eating spaghetti just isn’t realistic anymore, unfortunately.

Spaghetti squash, however, is a very real possibility.

Now, it’s not quite the same as regular spaghetti but it’s good enough to pass. You will also get a little hint of sweetness from the squash that you just can’t get from regular spaghetti. When you mix this with sauce and meatballs, you have a great alternative to a traditional spaghetti dish.

Pasta, in general, is something that goes with so many of our daily meals. Some dishes don’t seem the same without pasta associated with it. We all know by now, that pasta just won’t fit into a low carb diet.

Veggie noodles are your next best option. Subbing regular pasta for veggie noodles is going to save you a ton of carbs.

The good thing about veggie noodles is that they are very simple to make. All you need is a spiraler to give you the noodle shaped pieces of vegetables. Based on how you cook the noodles, the taste is going to be almost identical to any pasta you want to have. 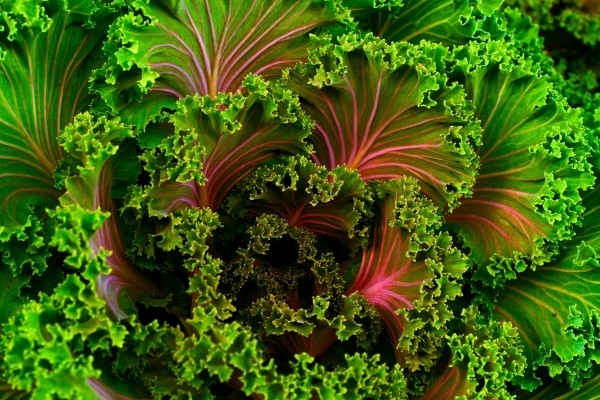 If you are a big snack person, then you’ve probably had your fair share of potato chips. They are the perfect snack food. Easy to eat and they don’t create much of a mess. Potato chips usually aren’t the most carb friendly food though.

Because of this, you should look at eating kale chips. They are just pieces of kale cooked to the point where they are crispy like a potato chip. They are very easy to make, but you may want to add your preferred seasoning to them.

Plain kale chips may not be your favorite, so adding something as simple as salt will change the flavor giving you that potato chip taste and crunch you are desiring. 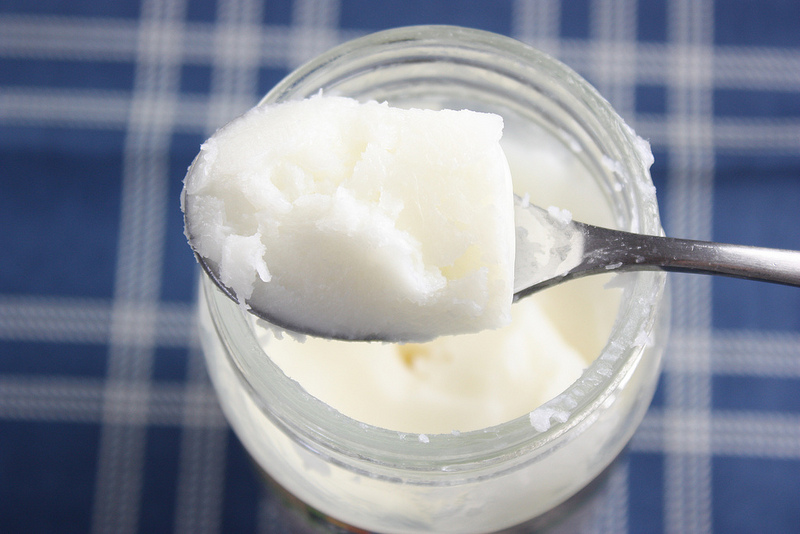 A lot of people are going to say that they thought vegetable oil would be a good option for a carb restricted diet. Those same people are also very wrong.

Vegetable oil doesn’t even compare to coconut oil when it comes to cooking. Vegetable oil is going to cause a lot of problems when it’s heated and consumed.

Coconut oil has a lot of saturated fat which is going to help your health in the long run. When you are cutting back on carbs, you need more fats to make up for that loss. The fats are going to help your body maintain its energy while causing fat loss.

Pancakes are a personal favorite of mine. If they were served to me every single day for breakfast, I would have zero complaints and live a happy life. However, I know that pancakes definitely aren’t the best option, especially when the focus is on low carbs.

Cream cheese pancakes are a great substitute for regular pancakes. It may not sound like it but these surprisingly taste almost exactly like your everyday pancakes. The taste catches you off guard because it’s something that you really aren’t expecting, but it’s well worth it.

This low carb substitute is something that will happily get you through any morning.

The low carb substitutes above are all great and can be used at any point during a low carb diet.

Having these subs in mind is great because it allows you to see that there are options out there for you. There are options for almost anything you want to have. The taste may be slightly different, but you have to remember that your overall health is going to be much better than it already is.

If you still aren’t convinced about these substitutes, take a look at Keto Bootstrap and you can see how substitutes like the ones above have helped hundreds upon hundreds of people lose weight.