Having mushrooms as a part of your diet is going to be good for your health. Mushrooms are a cornerstone for a lot of recipes out there.

However, some recipes may not have the mushrooms that you’re looking for, especially if you’re a mushroom lover.

I know plenty of people that are absolutely in love with mushrooms and they’ll put them with everything if they can. That’s pretty funny when you think about it since mushrooms are technically a fungus.

When you prepare them right, you’re going to love them. If you can combine them with the right ingredients then you’re going to have a meal that your mouth will jump for joy for.

The good thing about mushrooms is that there are many different types. This means there are more opportunities to add a delicious mushroom to a recipe and make it have not only a different flavor but a different texture as well.

Because there are so many different types of mushrooms, this allows for so much diversity with them. They can be used as part of the main entree or as a delicious side dish.

You can have sauteed mushrooms, bring to a boil any mushroom and put them as a topping to your entree, and even add them as part of your very own vegetable broth.

Mushrooms are a food that you can eat all of it. You can eat the mushroom cap or eat the stem side. Either way, you’re going to get the same texture and flavor that can take any meal to the next level.

The people that aren’t much of a fan of mushrooms tend to dislike them because of the texture that they have. However, the recipes below could very well change their minds.

Sometimes a certain food just needs to be dressed up a certain way for a person to forget how much they actually hated that food before.

You also don’t have to follow recipes exactly to get the flavors you want. For example, say you think a recipe would be better with cumin. Go ahead and add some cumin. Don’t be scared to mix things up.

Take a look at the 13 mushroom recipes below. Try them all. You are guaranteed to find at least one that everyone in your family is going to love no matter how they feel about mushrooms. 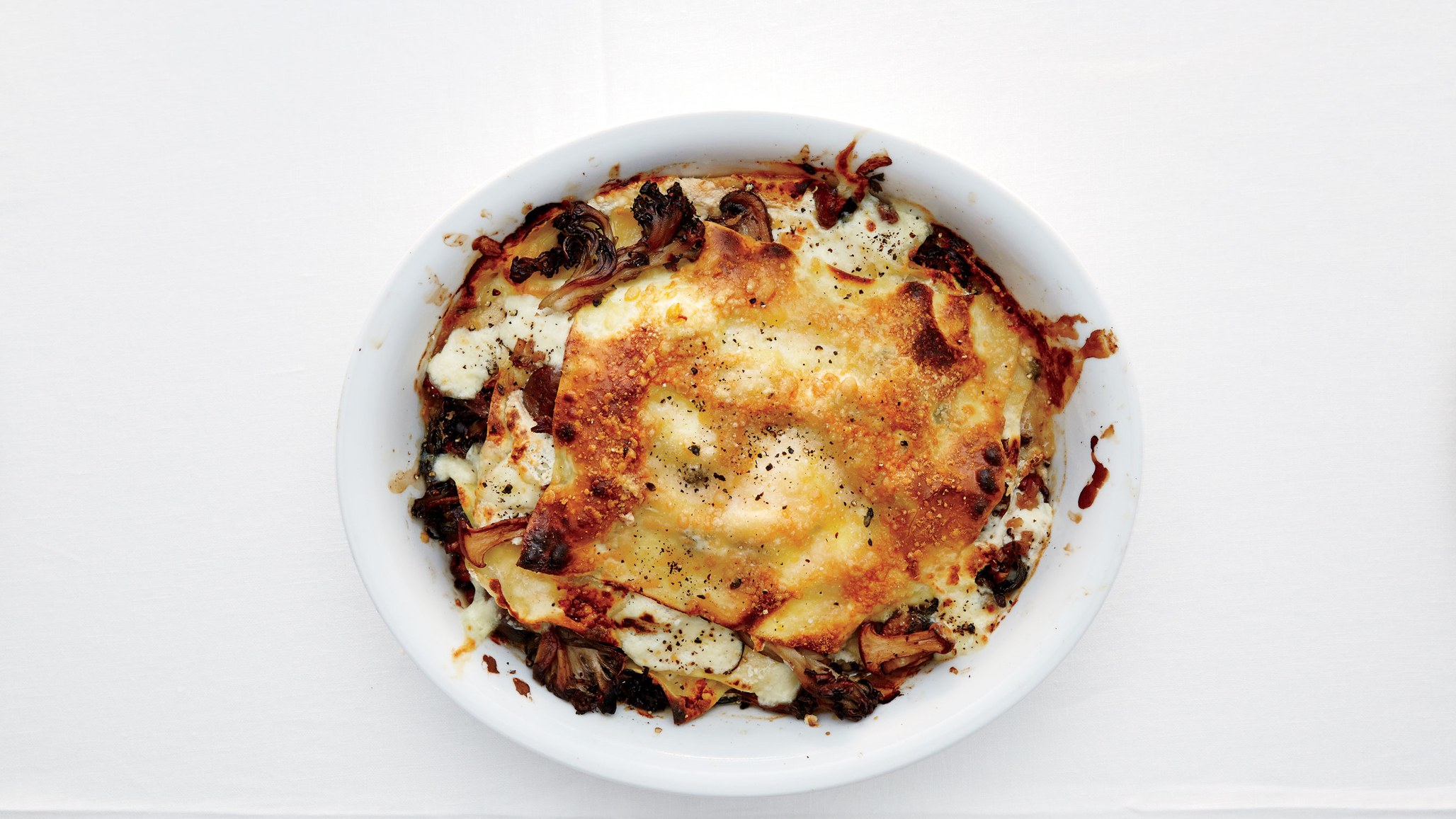 The amount this recipe makes is going to have you set for at least a couple days. It’s going to be tempting to finish it all in one sitting, but sometimes you need to show a little self-control when it comes to what you’re eating.

Plus, you’re going to want to try and savor every single bite as much as possible.

The combination of mixed mushrooms and cheese that this recipe provides is going to taste just as amazing as it looks when you take it out of the oven. 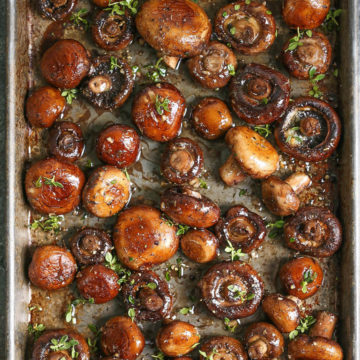 This is going to be one of those recipes that are purely for the mushroom lovers. It’s simple but you get all the deliciousness of the mushrooms.

This recipe may even make you fall in love with mushrooms even more.

The mushrooms are obviously the star of this recipe but all the other ingredients are going to only enhance the taste that you’re actually looking for.

The best part about this recipe? It’s extremely easy to make. If you know how to properly melt butter then you’re not going to have any issues with this. If you struggle with melting butter then you should probably never be in the kitchen, to begin with. 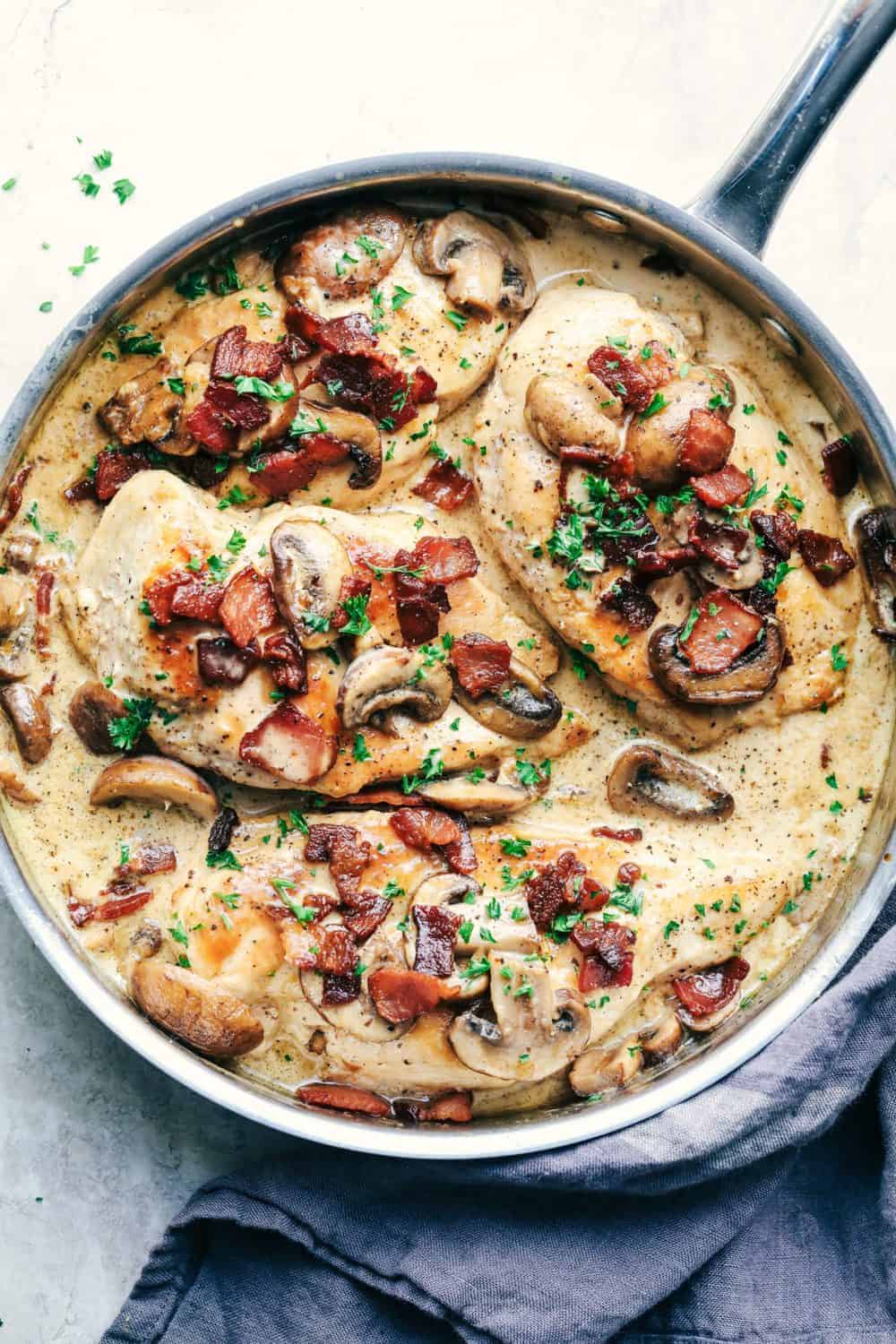 When you’re combining bacon with mushrooms on top of the chicken you’ll be making, how can you go wrong?

It’s essentially a match made in heaven.

You can just tell by looking at the picture how creamy this recipe actually is. You know it looks delicious and you’re probably wanting it inside your stomach right now.

This is one of those mushroom recipes that you’re not going to be able to resist. Do your taste buds a favor and make this recipe as soon as possible. 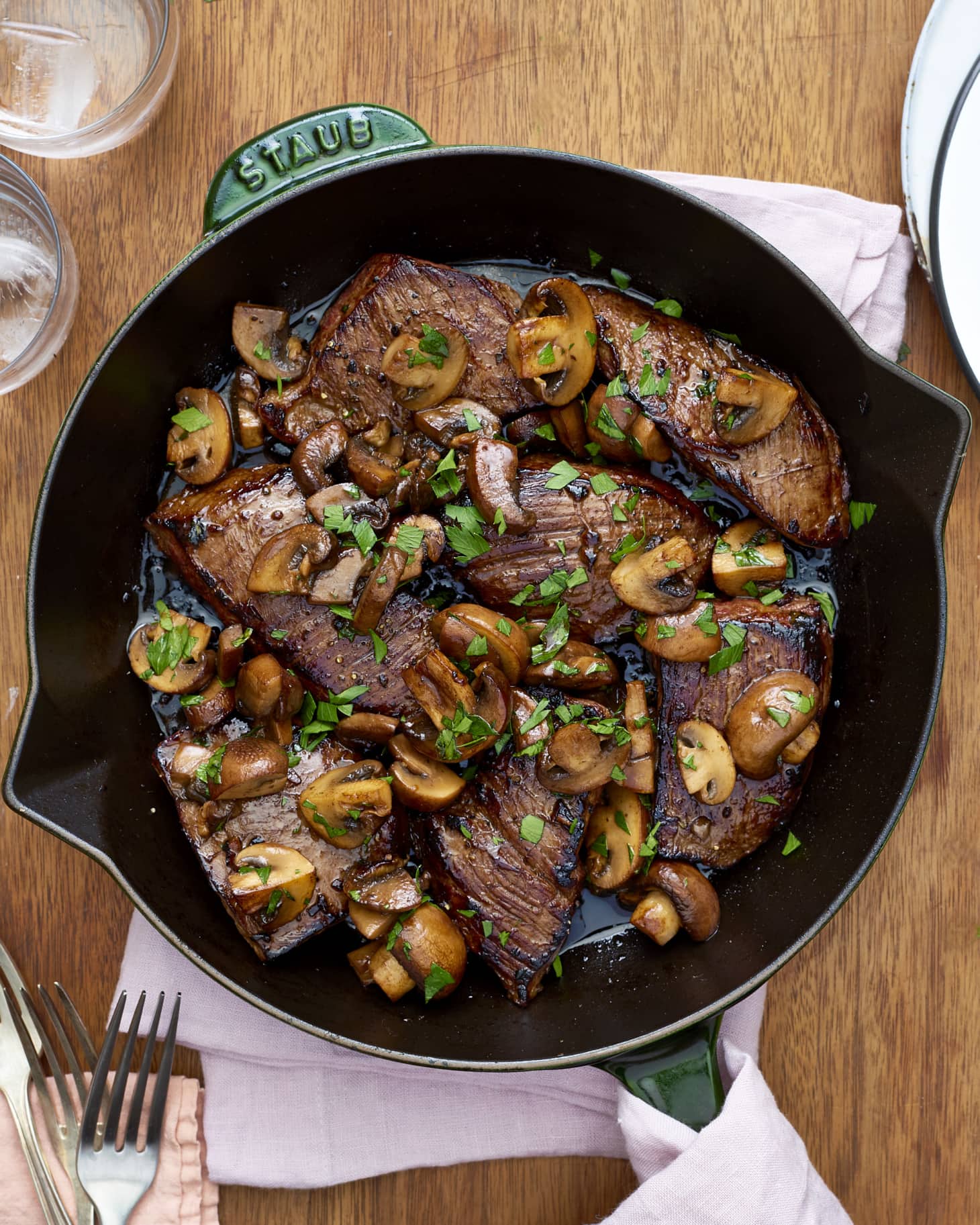 Image credit goes to The Kitchn

I don’t know about you, but in a lot of restaurants, steak is paired with mushrooms. The combination of the beef with mushrooms is something that just works.

Steak tips are great for soaking up a ton of flavors when you’re cooking them. The same holds true with this recipe. 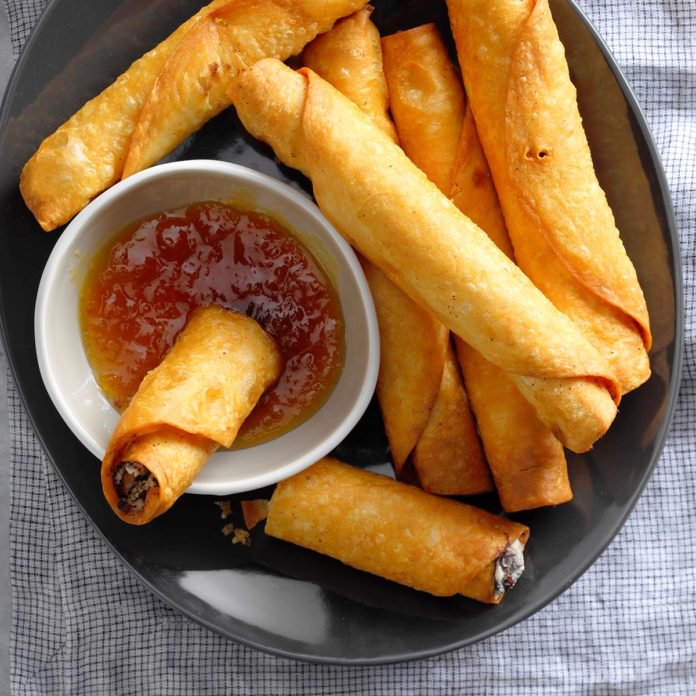 When it comes to portobello mushroom recipes, I bet you never would’ve thought about making them as part of a taquito.

Taquitos are a perfect appetizer for anybody that likes a bit of crunch with a ton of flavor. The fact that you have cream cheese in the recipe just means you’re going to have an even creamier flavor that your mouth is going to love. 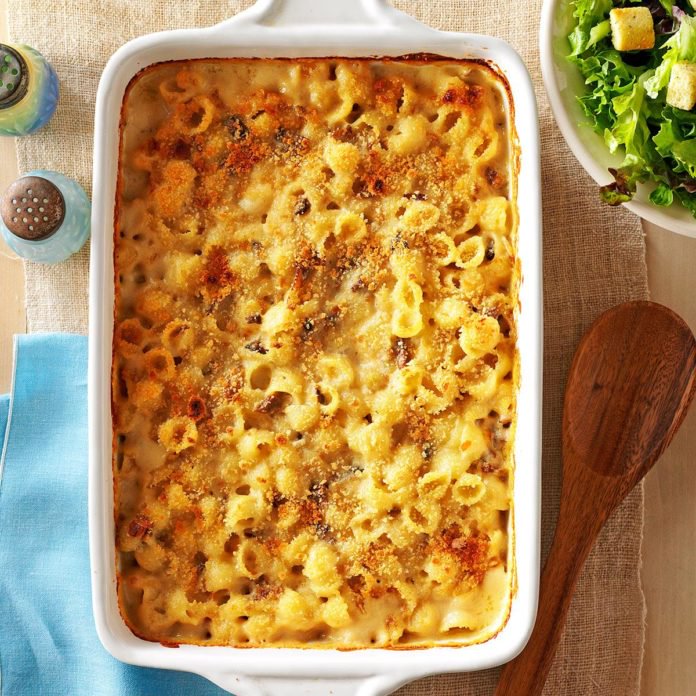 If you couldn’t tell by the title of this recipe, you’re going to be using porcini mushrooms. You’re also going to have baby portobellos in there as well.

Any portobello mushroom recipe is going to add a bit more “meat” to your meal.

You’re going to have a ton of cheese in this too. The cheese may overpower the mushrooms a little bit, but having the mushrooms in there is going to add a bit of change in texture so you aren’t just having a bunch of pasta with every bite. 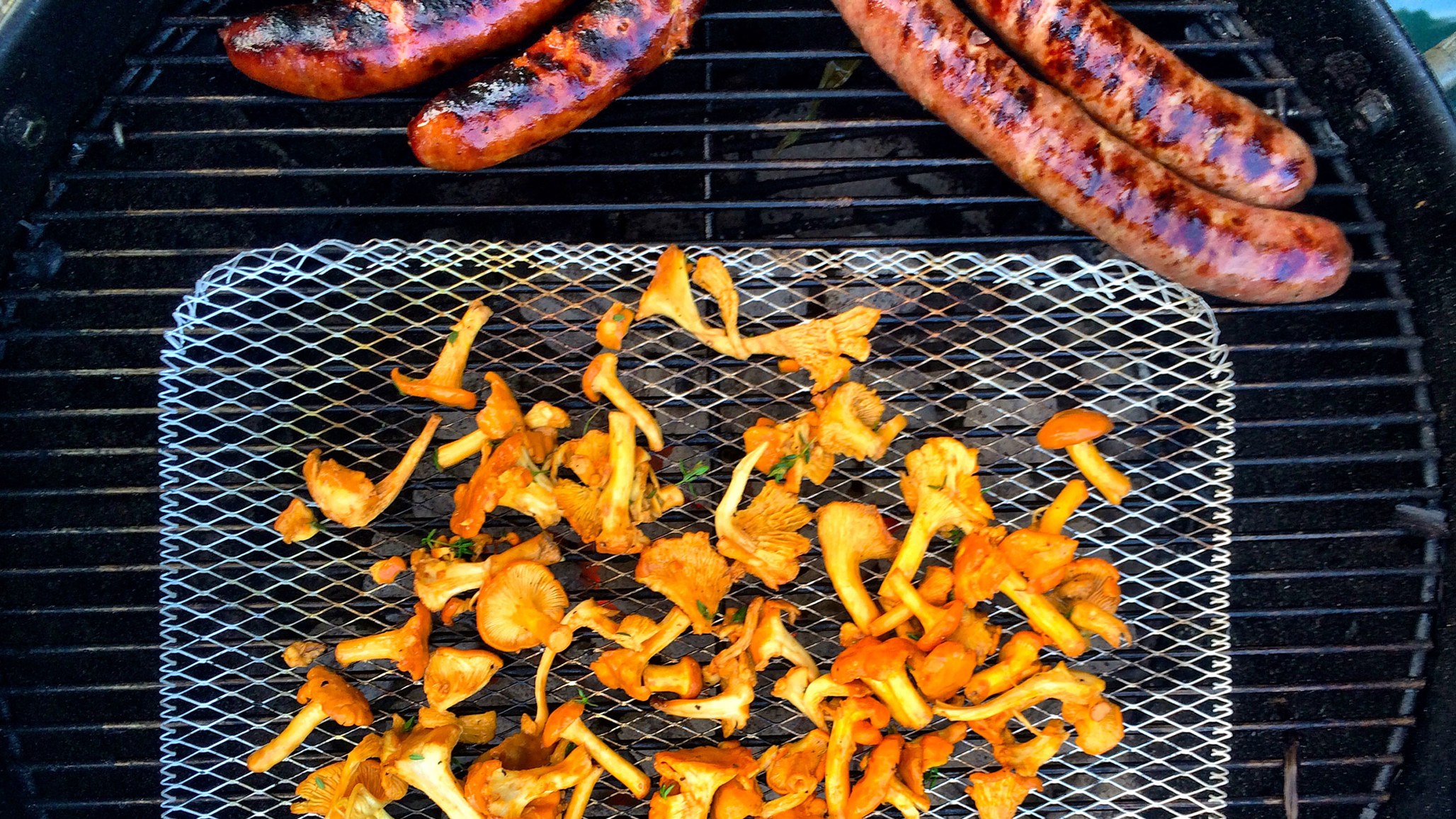 Most things that are grilled are going to be delicious. That’s just how the world of food works.

The same is true with the chanterelle mushrooms you’re going to be grilling with this recipe.

Most of the flavor is going to come from the parsley and lemon that you add to it.

This is a recipe that acts as a great appetizer for anybody that’s just relaxing before dinner. They are very easy to snack on so you need to be careful not to spoil your dinner because you had too many of these mushrooms.

But at the same time, nobody is going to be mad if you eat too many of these. 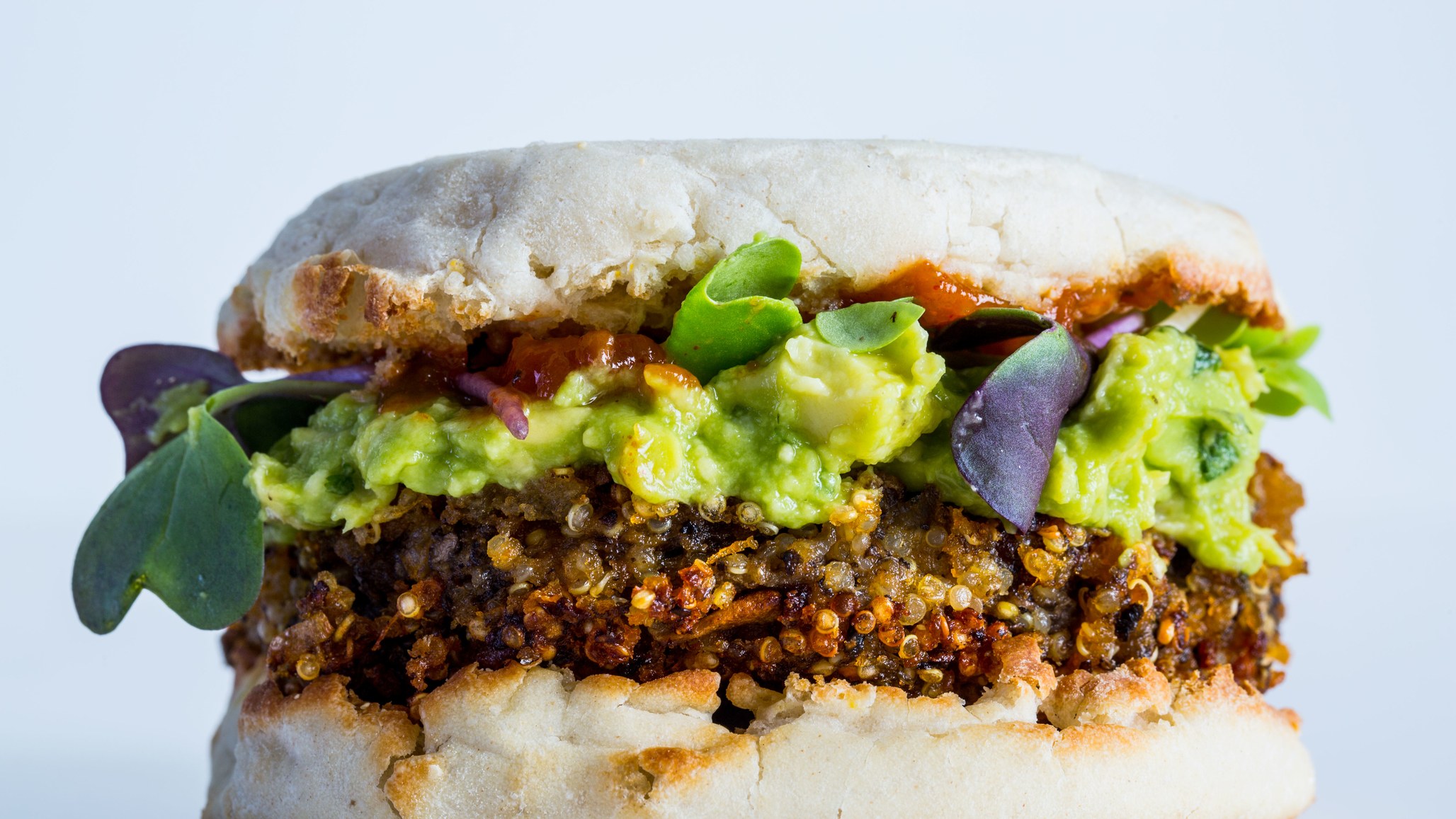 This isn’t one of those portobello mushroom recipes where the mushroom is the big star of the dish.

In fact, this burger is going to have so much going on you’re going to have a hard time actually figuring out what the real star of the meal is.

Plus, this is going to look like an absolutely amazing burger that should be served in restaurants.

Nothing is better than feeling like you’ve made a gourmet meal straight out of your ordinary, regular kitchen. 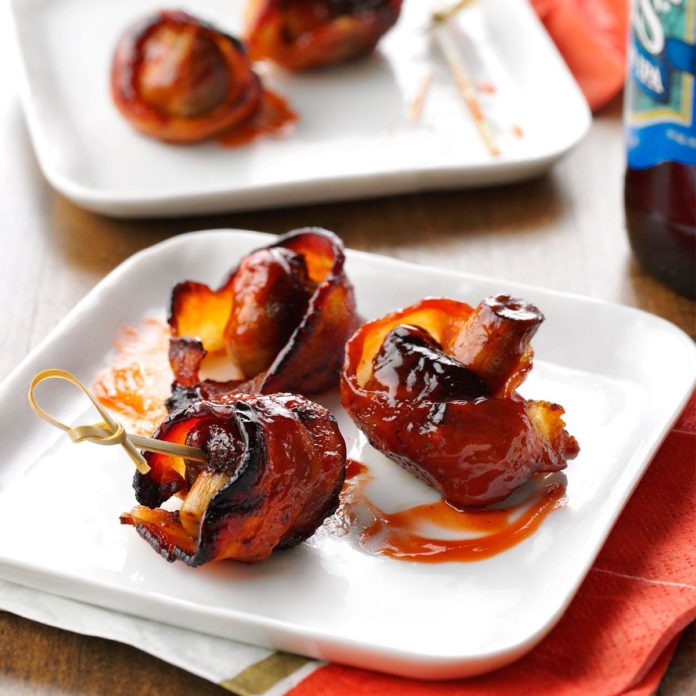 I’ve said it once, I’ll say it again, bacon makes everything better. Little bacon bites should automatically put a smile on your face.

The fact that they are going to be bacon mushroom bites makes them sound even better.

The recipe itself is going to be very simple. When you have three ingredients, it shouldn’t be too hard to make at all.

Take advantage of how easy it is to make this recipe and enjoy the amazing combination of bacon and mushrooms. 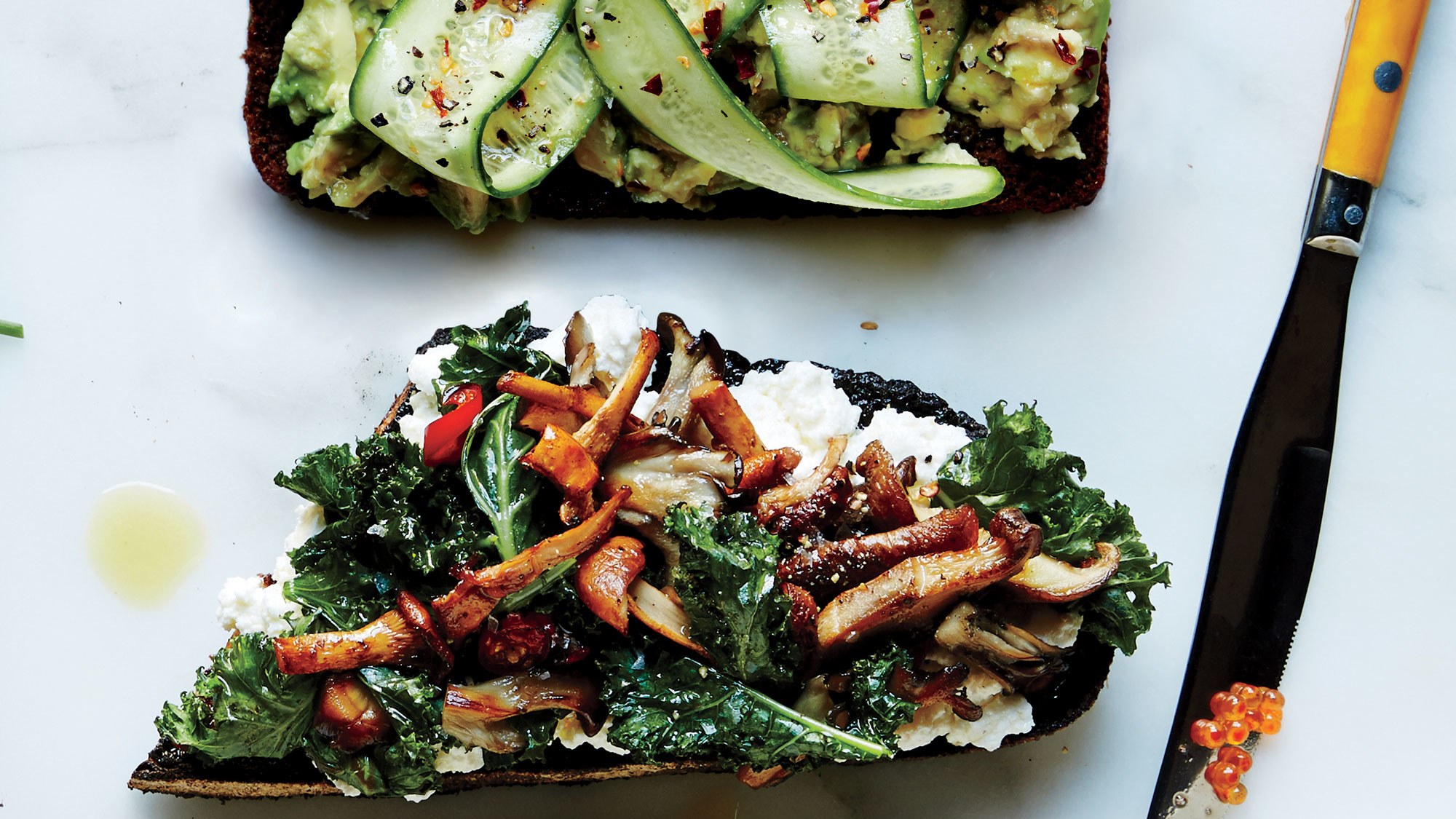 I’ll be the first to tell you that I’m not the biggest fan of kale. However, when you combine the kale with some great ingredients, you can’t help but actually enjoy it.

This is a recipe that will give any avocado toast a run for its money.

Although, this may not be something that you’re going to want to start your day with. This recipe seems to be much more suited for something like dinner instead of breakfast.

However, if you want to have it for breakfast, go right ahead. Nobody is going to stop you. 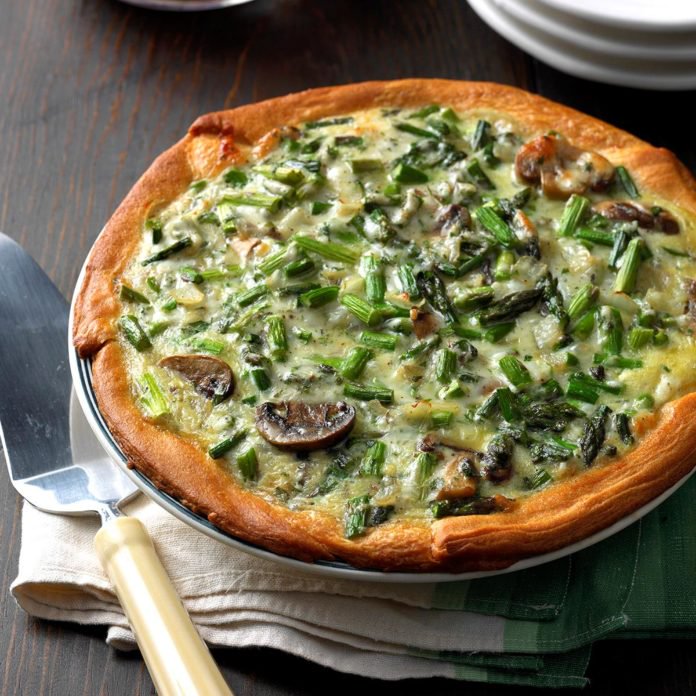 Quiche is a delicious cheese dish when it’s made correctly.

Add mushrooms to that mix and you’re going to have a classic dish that’s even better.

With a recipe like this, you can use just about any type of mushroom that you want. Whatever your preference is should be what you use.

Mushrooms are going to be a great sidekick to this dish that would already taste amazing without them.

Do your taste buds a favor and give them this recipe sooner rather than later. 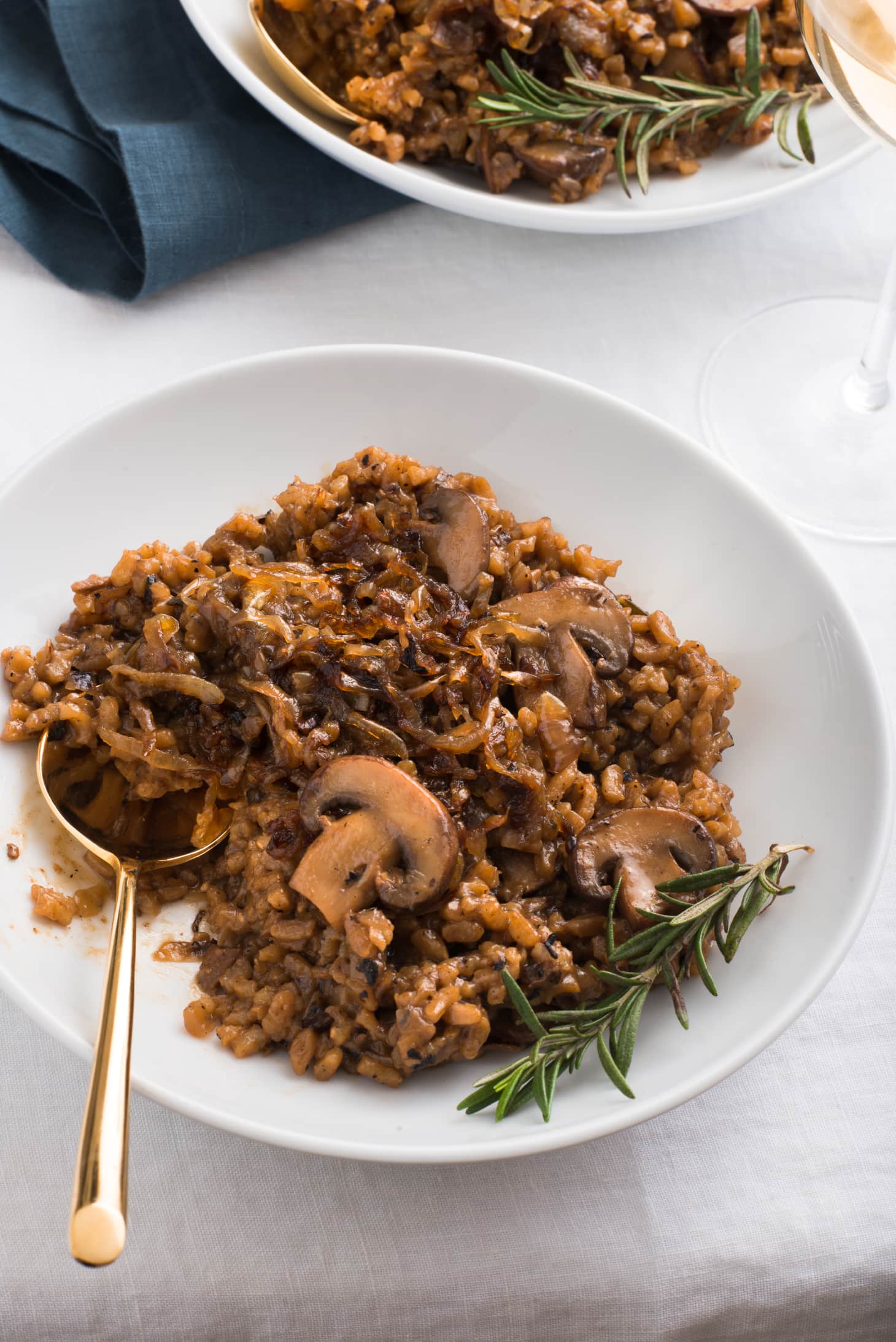 If you’ve ever had risotto before, it more than likely didn’t have mushrooms in it.

This is a recipe that’s going to make you feel like it’s the perfect comfort meal.

You’re going to be very satisfied when eating this dish. A risotto that has mushrooms added to it can only make something that’s already good, that much better. 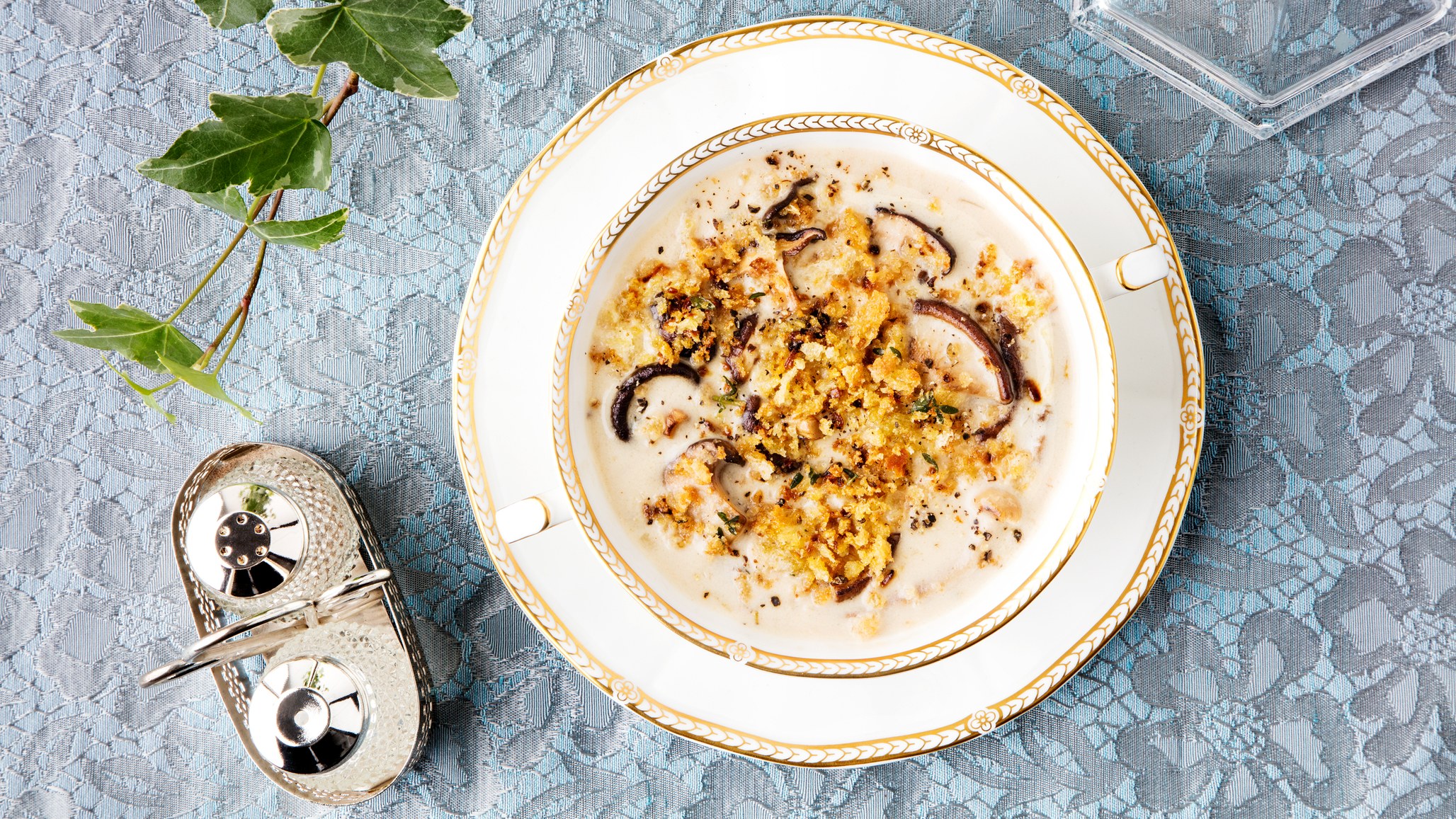 A list of mushroom recipes wouldn’t be complete without a creamy mushroom soup recipe. You could possibly say I’ve saved the best for last.

Now that’s just a matter of opinion, but I’m telling you, this mushroom soup recipe is going to hit your taste buds just right.

You’re going to want to have this recipe for days on end. You may even feel as though you could live off this soup if you really had to.

These mushroom recipes are not only going to satisfy your taste buds, but they are going to leave you full as well.

Mushrooms are so diverse that you can add many different things to them. Add some black pepper, add some olive oil, cook them over medium-high heat until they’re golden brown.

Hell, you may even decide to make your own recipe that has chicken breasts, balsamic vinegar, heavy cream, and a mix of mushrooms.

However, you cook them they are going to be delicious.

Don’t be scared to pair these mushroom recipes with other foods as well. Like rice. Pair some of these recipes with rice and you’ll get something that’s even better than before. Don’t just stick with plain white rice either. There are other types of rice out there you should explore.

For those that really aren’t huge fans of mushrooms, I urge you to at least try these mushroom recipes. Your mind will change at some point about the mushrooms, especially because there are so many different kinds of them out there.

Enjoy the different recipes that have been presented and allow yourself to be happy from your taste buds to your stomach.