We all get those moments where we need to have a snack. It’s a feeling that comes over all of us. Some of us more than others, but nobody can say that they never get the urge to snack on something.

However, if you’re a vegan, you don’t have unlimited options with what you can eat. You don’t just want to have any kind of snack. You’re going to want to have healthy vegan snacks.

Vegan snacks can be delicious and made for everyone that is on almost any kind of diet.

21 Vegan Snacks Everyone Can Enjoy

The following vegan snacks are going to be loved by everyone, regardless of their diet.

Having these recipes, whether they are sweet or savory, are going to hit the spot and allow hold you over until your next meal.

Some of these recipes are going to be so good that you may not even want the next meal. You’re just going to eat that recipe for the rest of the day. 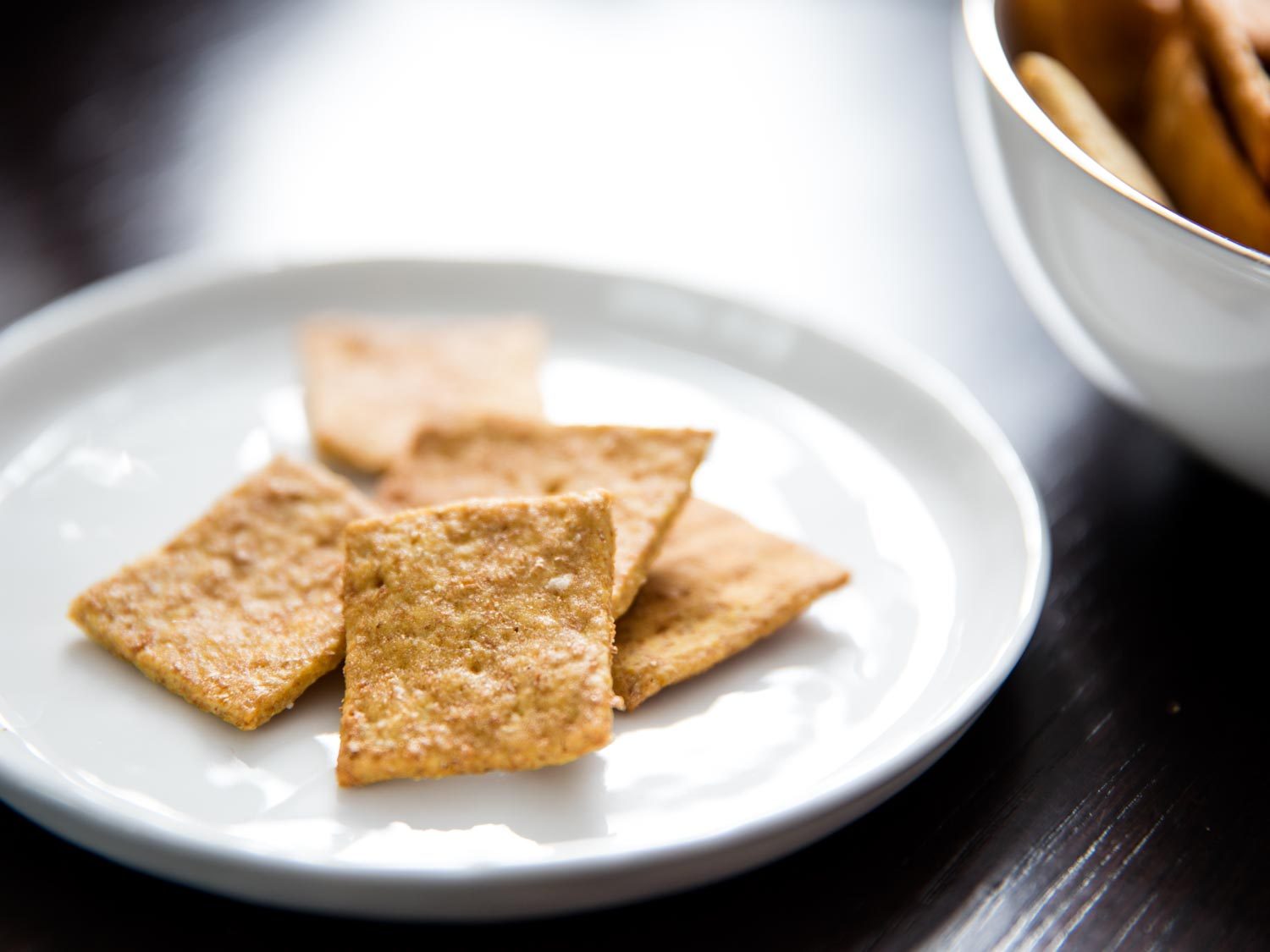 If you’re a fan of the store-bought wheat thins but prefer to make your own food, then this is a recipe for you.

It’s not a difficult recipe to make. If you make the crackers super thin or even a little thick, you’re going to always come out with a cracker. 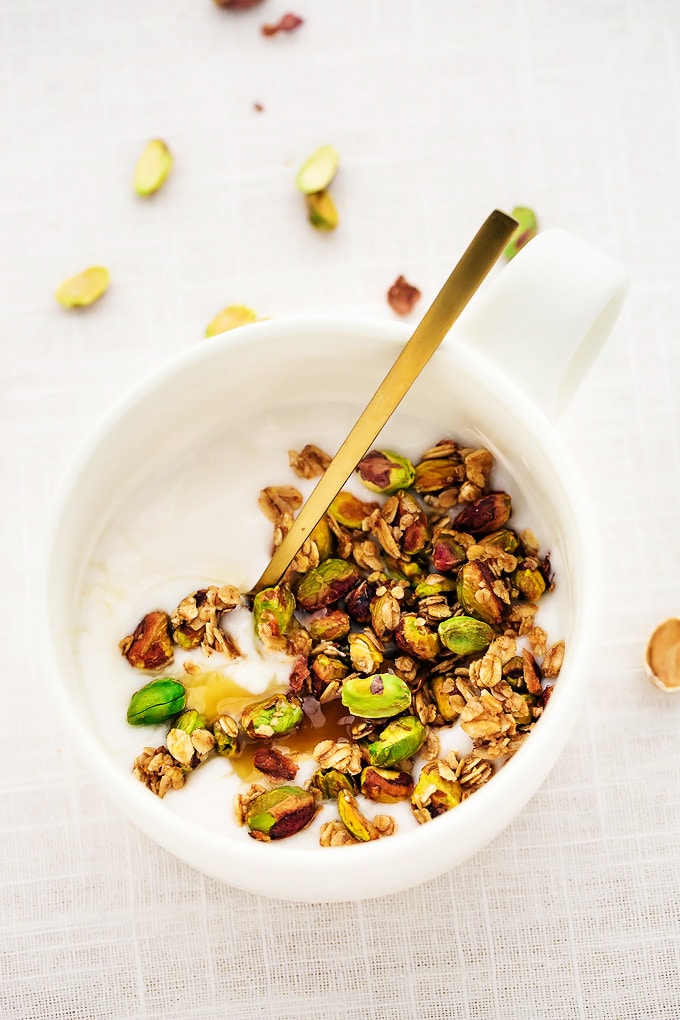 This is a recipe that’s going to take you no time to make.

You’re going to get that sweet taste you may be wanting to have but you’ll also be getting that creaminess that you may be looking for in a parfait.

The pistachios add a good nutty element to the snack so the sweetness isn’t too overwhelming. 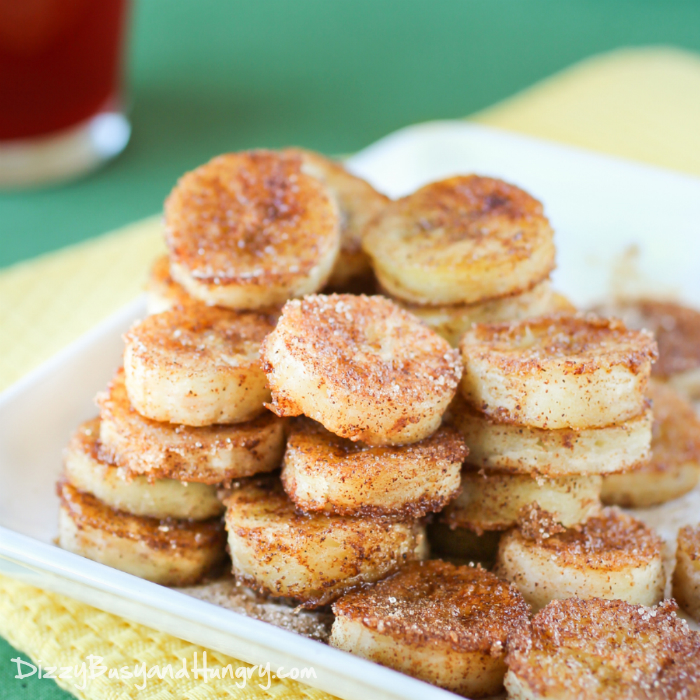 If you’re looking for something sweet with more sweetness on top of it then this is a recipe that you have to try.

You literally just pan fry bananas while tossing a blend of cinnamon and sugar on top of it.

Anybody can make this recipe and be happy with how they turn out. 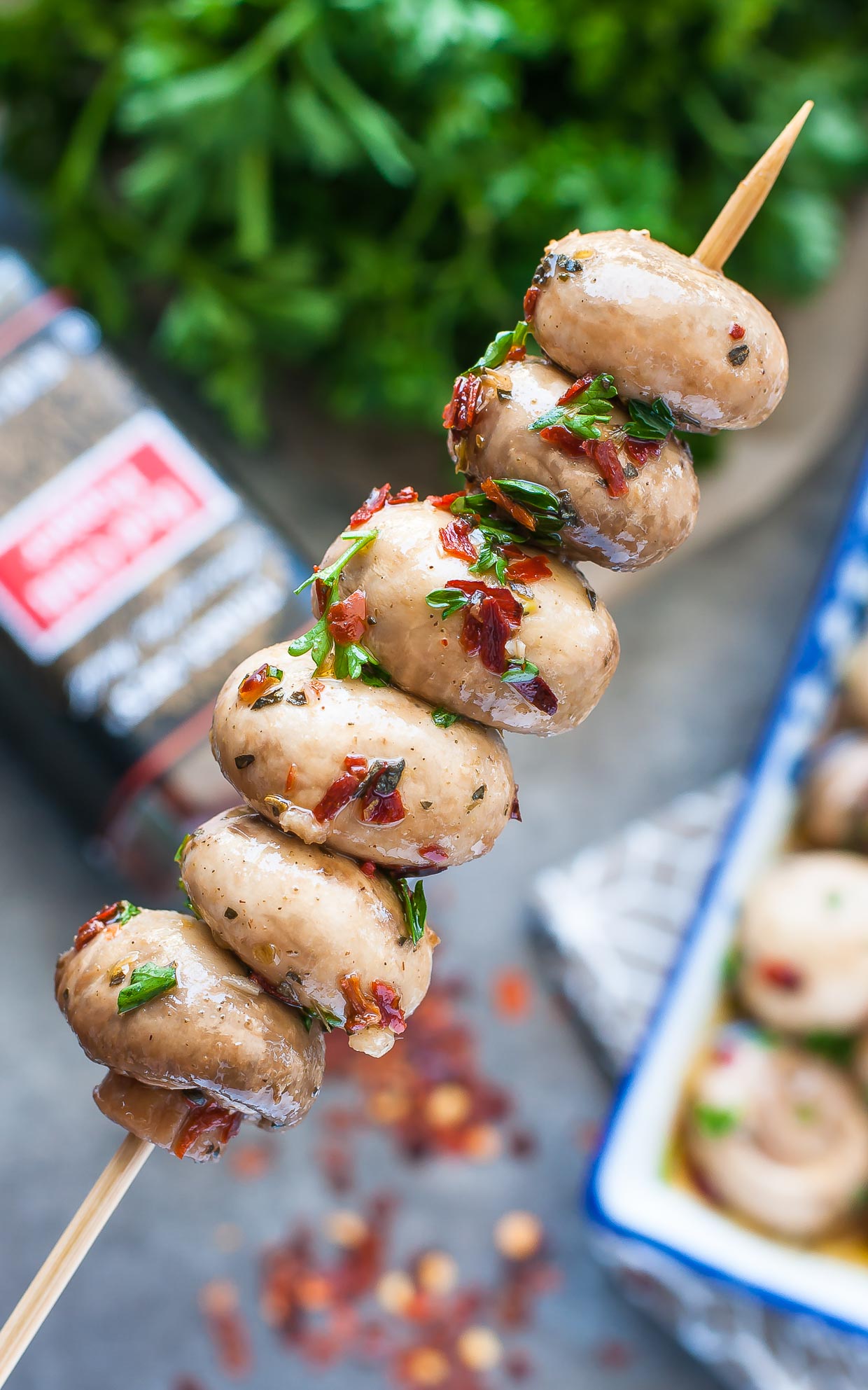 Image courtesy of Peas and Crayons

I’m not really a huge mushroom fan but this is a recipe I can get behind.

This recipe is a quick one as well. Just a quick sautee of the mushrooms and addition of the other ingredients and you have a snack that can be enjoyed at any time. 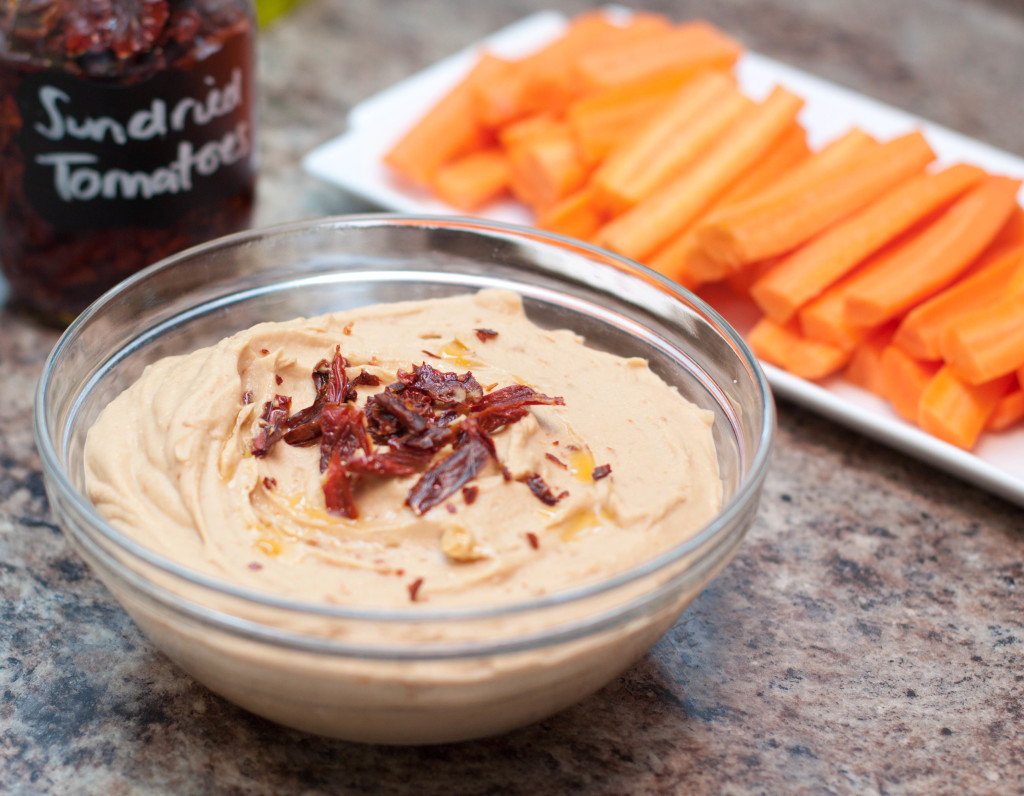 Image courtesy of Served from Scratch

This hummus recipe is more of a traditional type of hummus. You’re using chickpeas and sun-dried tomatoes to get a bit more added flavor.

When it’s finished, you can use whatever you like to dip into this great tasting hummus to get the best possible snack.

Snacks shouldn’t be difficult and this hummus recipe is a perfect example of that. Things that are quick and simple are always perfect. 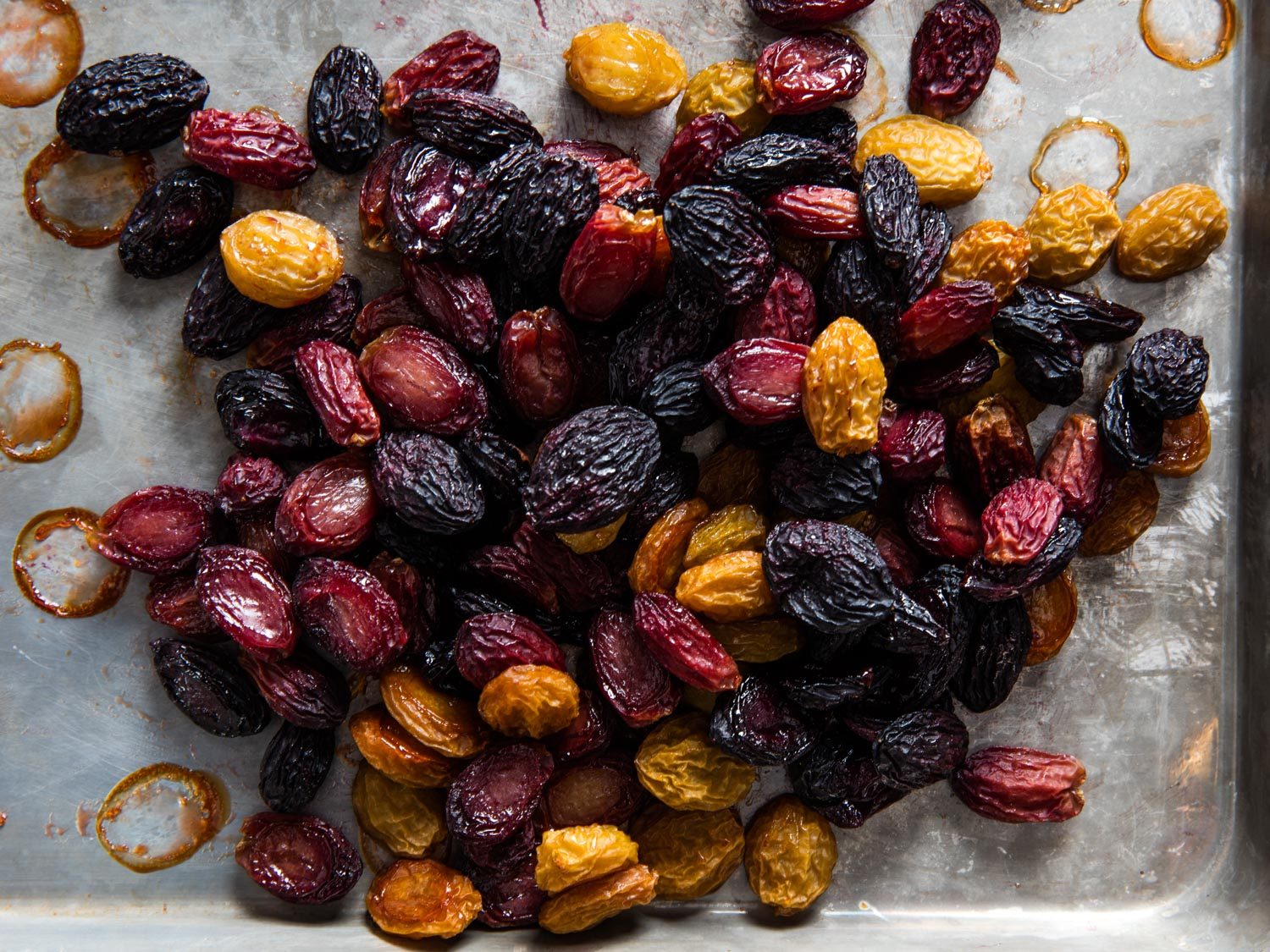 When you dry grapes in the oven, you’re going to more than likely get a wider range of textures. Not all the grapes are going to dry the same.

You aren’t going to get raisins either. Some of the grapes may resemble a raisin but you’re going to have something that is going to stand alone in its taste. 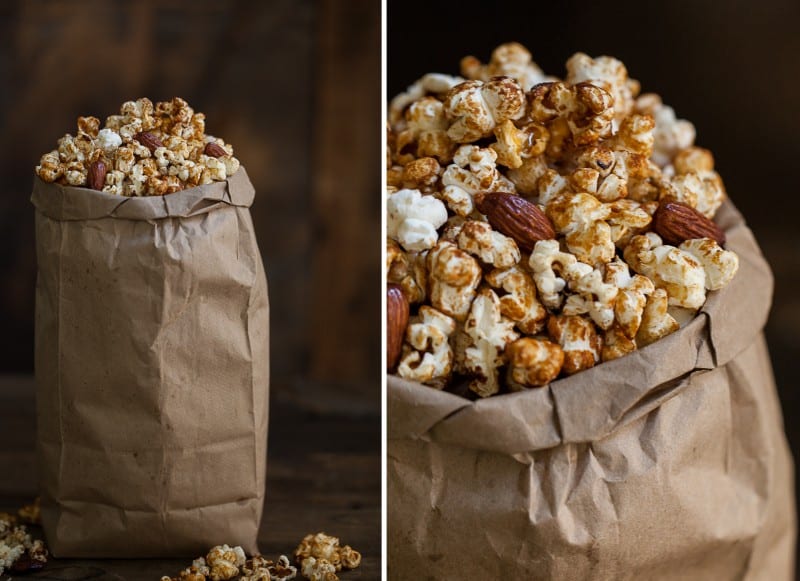 If you’re a popcorn fan then you’re guaranteed to love this snack.

Popcorn can come in all kinds of flavors, but this honey almond flavor is going to make any kind of sweet craving you may be having, disappear in a hurry. 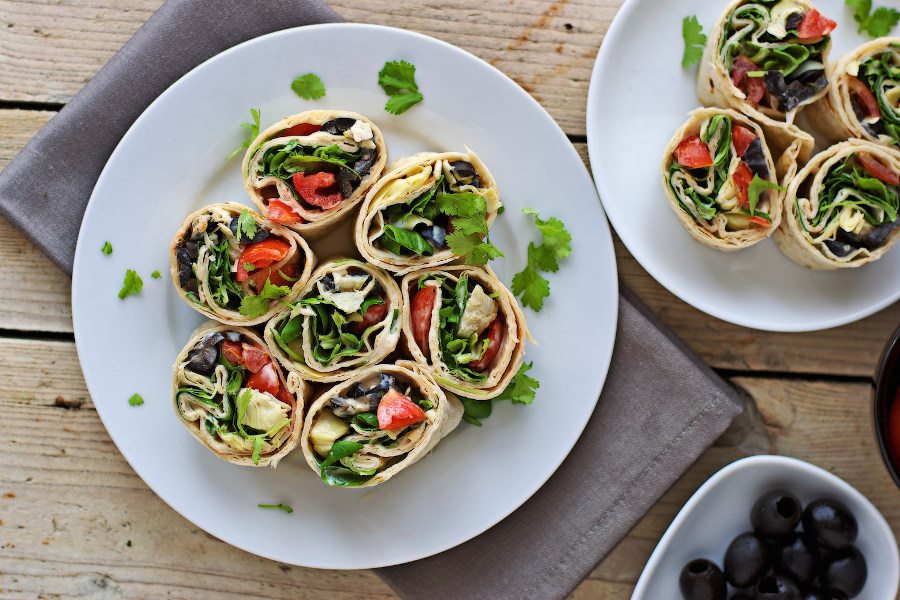 These pinwheels are essentially wraps that are cut into smaller pieces.

You’re going to have a lot of different types of flavors blending together so it’s the perfect snack.

If you like a lot of flavors at once, you’re going to enjoy these pinwheels.

It’s made with ingredients that are all easily found at any grocery store so if you’re in a time crunch, you shouldn’t have a problem getting everything together. 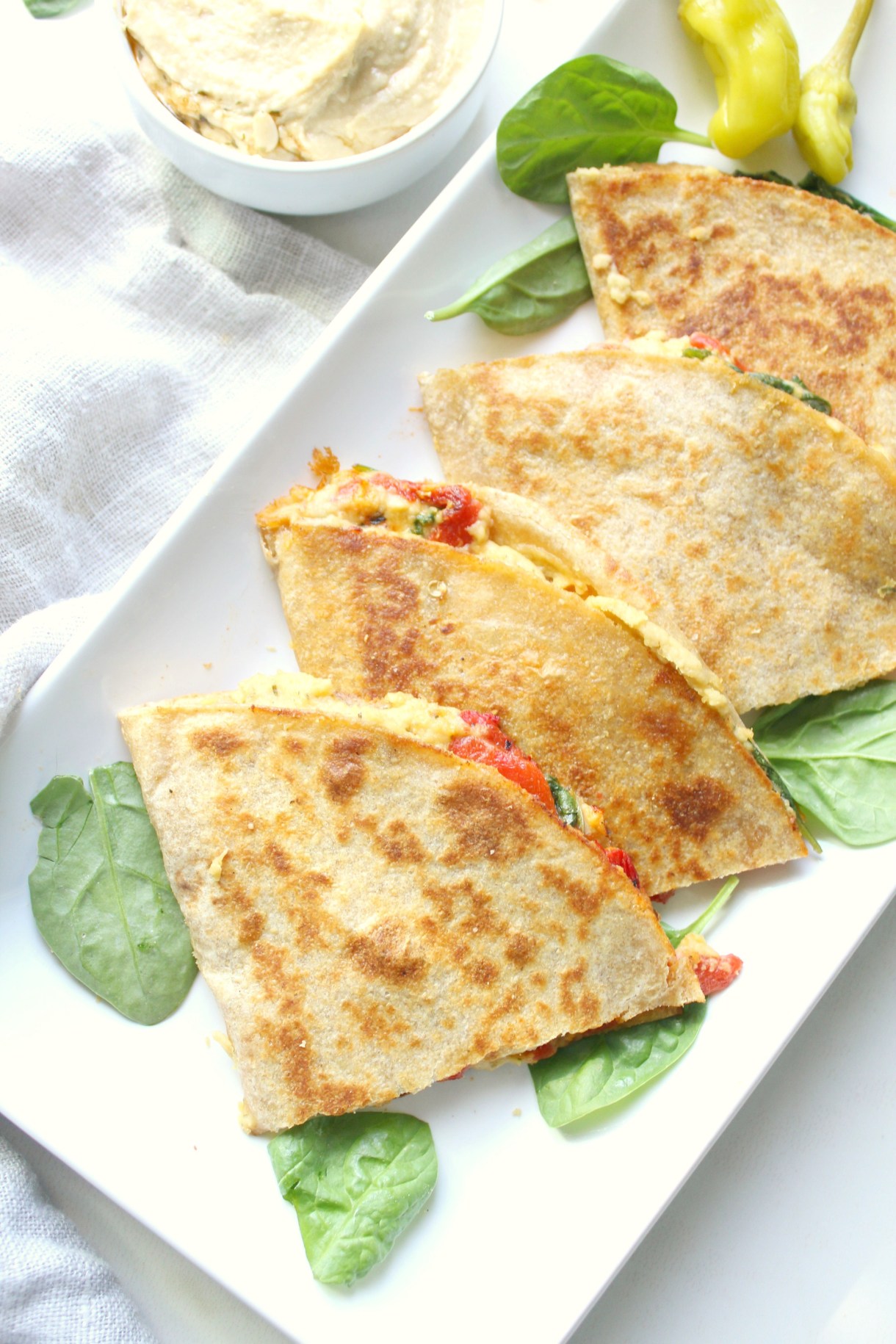 This is a quesadilla with a bit of a Mediterranean flavor. It’s not going to be an overwhelming flavor, but it’s going to be enough to wake your taste buds up.

Plus, any quesadilla that can go beyond the traditional cheese flavor is going to be a slight upgrade.

Quesadillas take almost no time to make as well so this is a great snack for anybody that might be in a hurry as well. 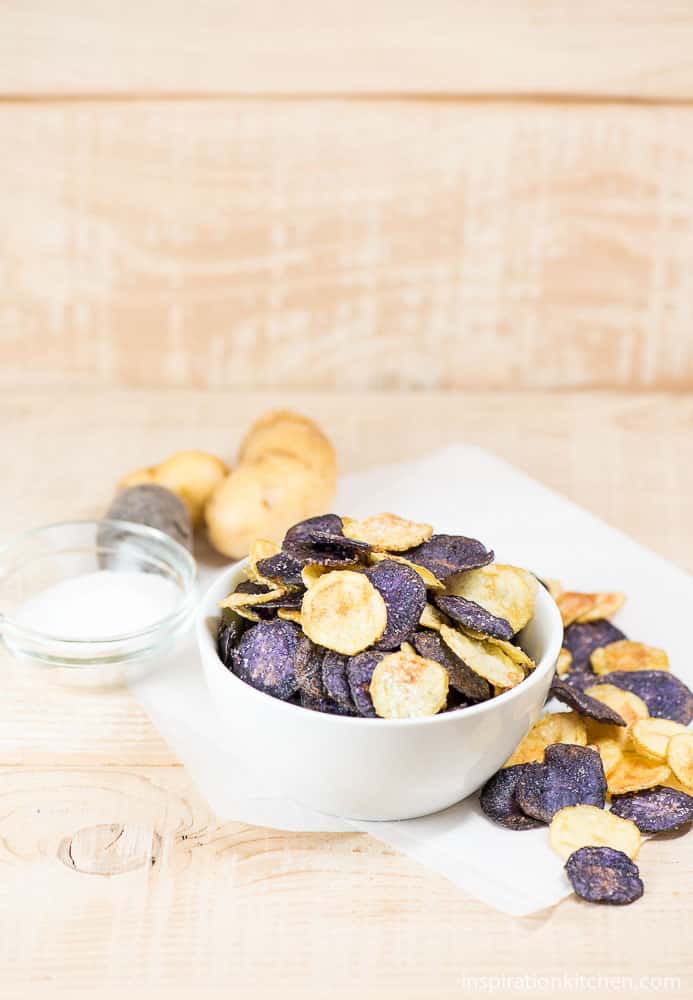 This could be the easiest recipe of all. All you need is a bag of fingerling potatoes, some olive oil, and salt.

Chips are very simple to make and are always a good go-to snack. Plus when you make them yourself, you’re probably eating a much healthier version of chips than the traditional bag of chips you may find at the store.

You’re going to be making these in the microwave as well so they’ll be done much faster than if you put them in the oven. 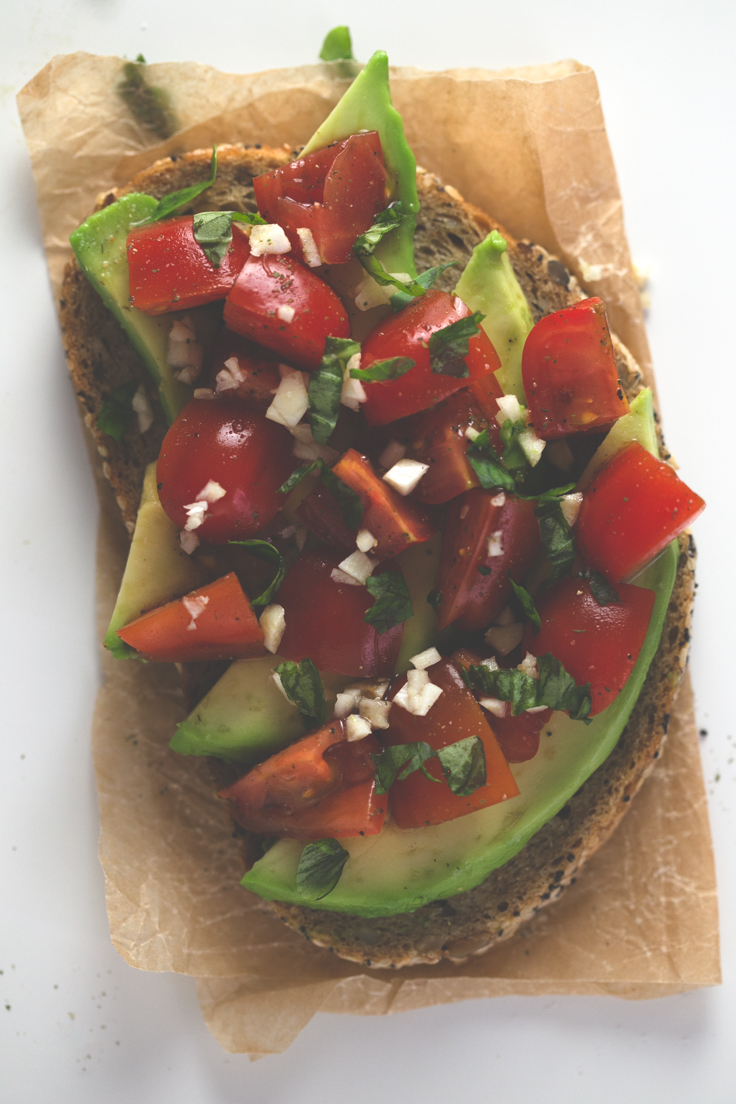 Bruschetta itself is great. However, when you can add an avocado, this snack can only get better.

You’re not only enhancing the taste of this snack, but you’re also making this an even healthier vegan snack.

Avocado is a superfood that should be included in all diets no matter what they are. 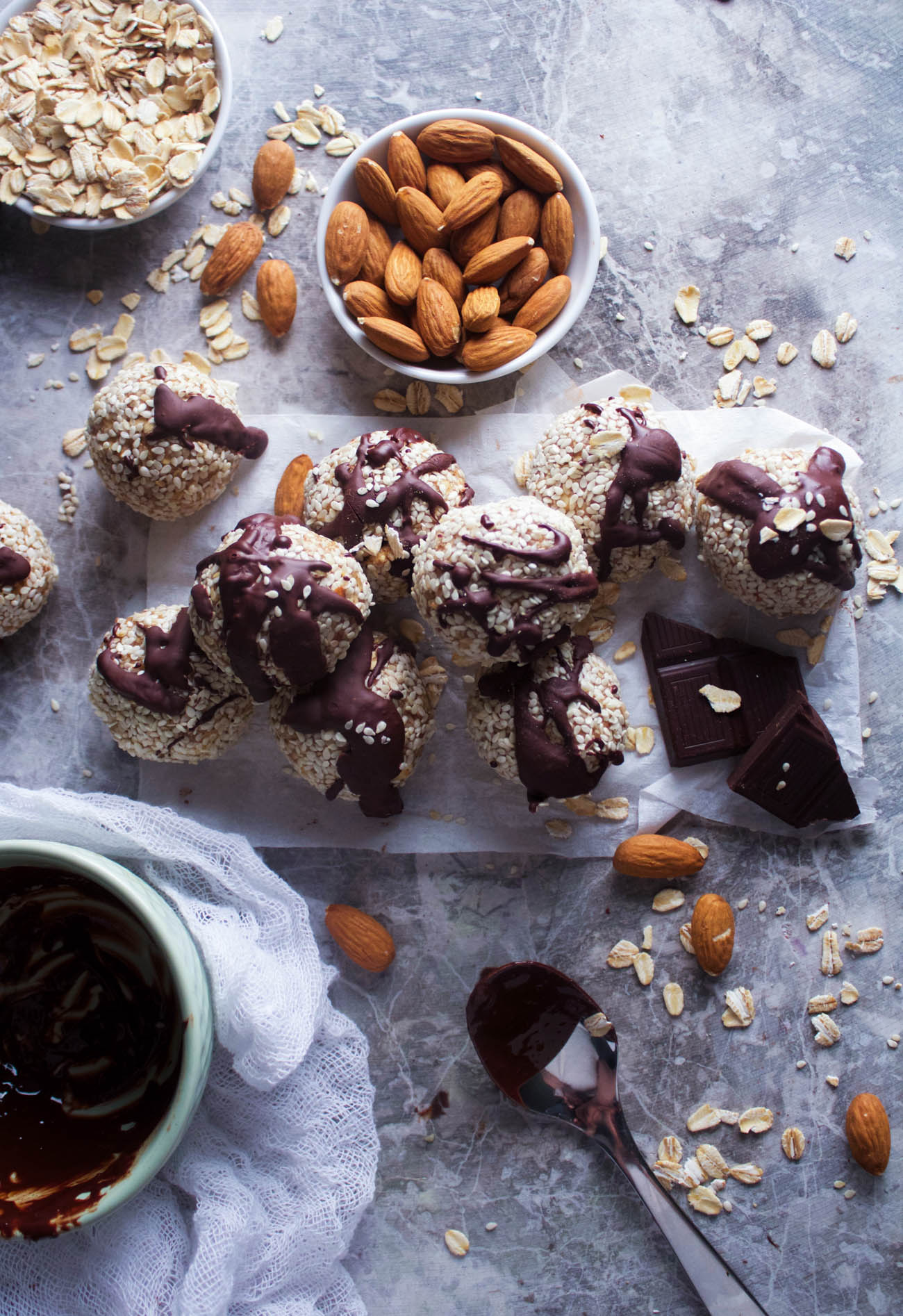 Image courtesy of Earth and Oven

Sometimes you have snacks that look so good, you never want to eat them. They’re almost too pretty to eat.

From any angle you look at them, they are going to look delicious.

When you take that first bite, you’re going to be so happy. They taste as good as they look which is sometimes a rarity. 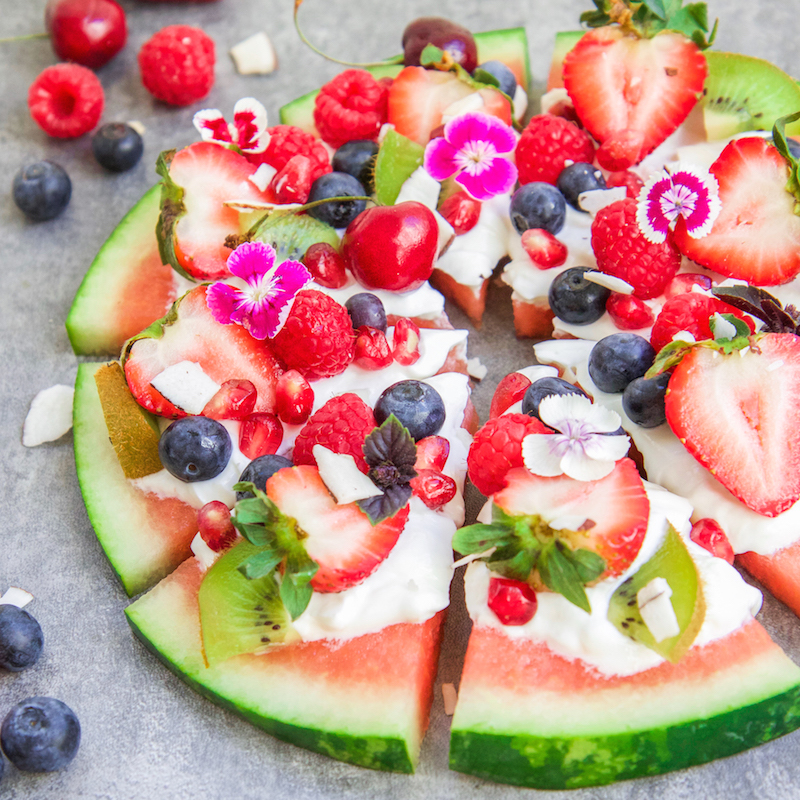 If you’re somewhat of a perfectionist then this recipe is going to be the most beautiful snack you will ever create.

There are so many colors that just pop. It’s going to look so good that you aren’t going to want to eat it, but when you do eat it, you’re going to be glad you did.

You’re going to satisfy so many things when you eat this magnificent snack. Just try not to overdo it. 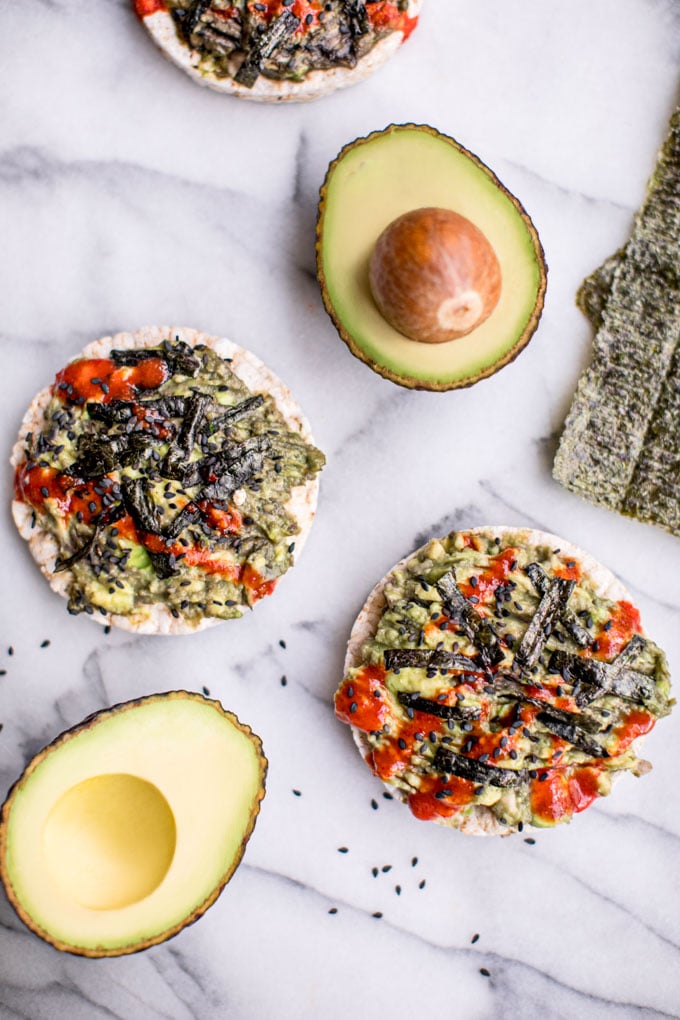 Image courtesy of Root and Revel

This is a simple recipe that is going to hit the spot immediately.

You have Japanese flavors that are going to give you that Asian fix if you’re in that kind of mood. This recipe calls for seaweed, sesame, sriracha, and avocado.

All you have to do is add the ingredients on top of a rice cake and enjoy it. It’s that easy to get a snack that you’re going to thoroughly enjoy. 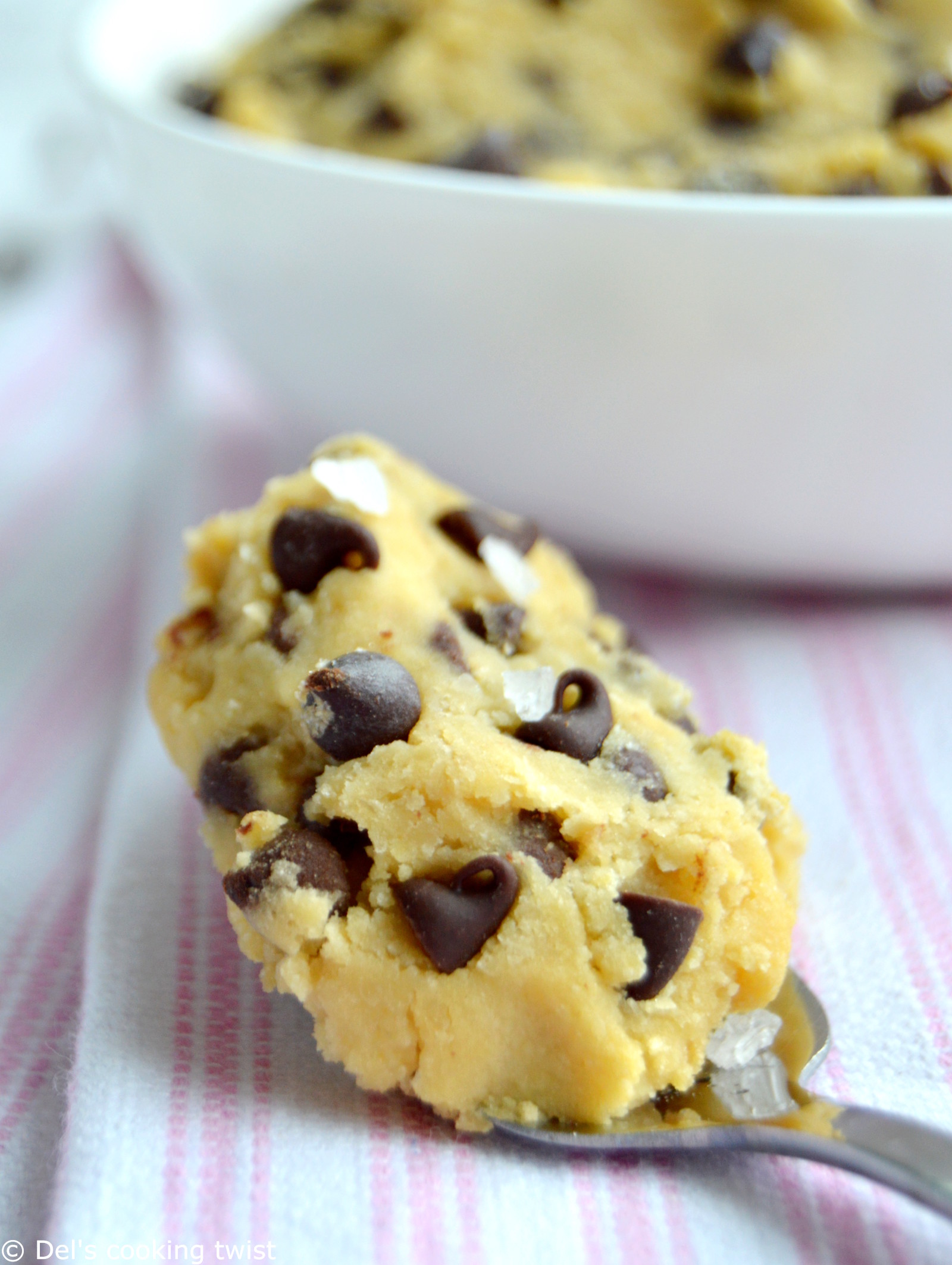 When you can perfect this recipe, you’re going to be enjoying cookie dough for the rest of your life.

It’s going to seem weird using beans as a part of something like cookie dough, but to keep this vegan, it’s needed. However, in the end, you’re not even going to notice the fact that beans are the base for this snack. 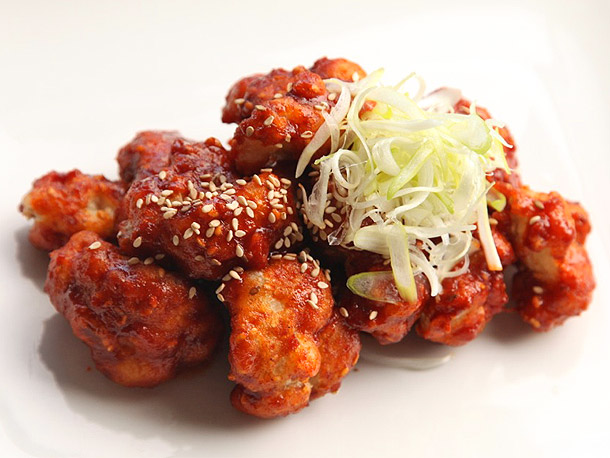 At first, this is going to look like a plate of chicken wings.

No worries, we would never give you a vegan recipe that wasn’t anywhere near vegan.

You will get a taste that seems like it has come straight out of a Korean restaurant though. You can choose to make this snack a little spicy or a little sweet, depending on your mood.

My go to would be spicy since I think it’s a perfect snack to wake up your taste buds and hit that small void you may be having in your stomach. 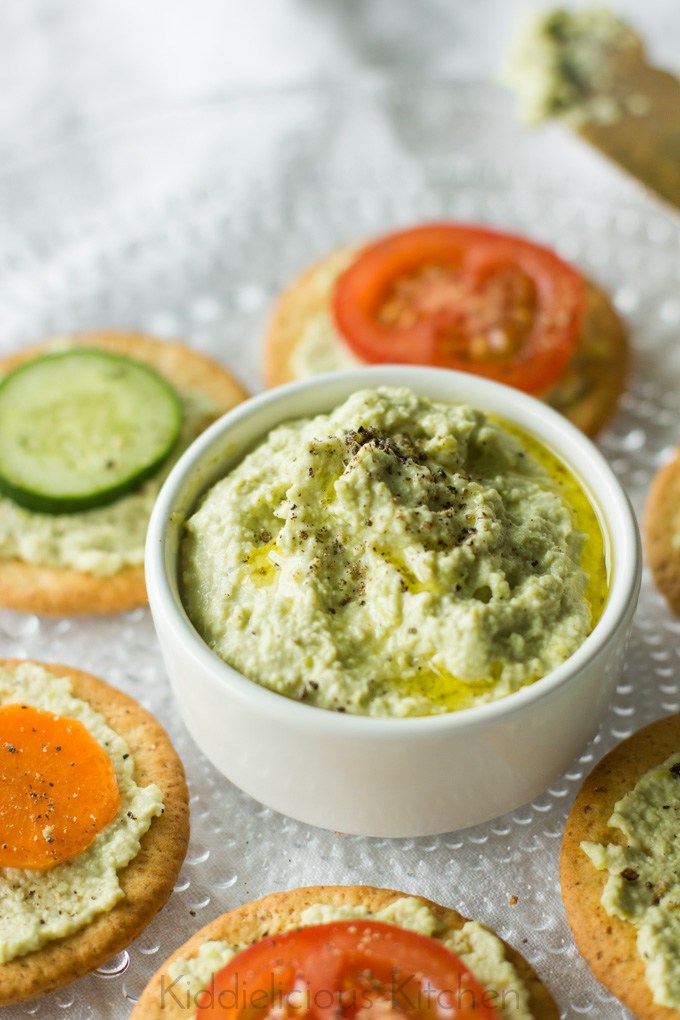 Edamame by itself is a great snack to have. Mostly because it’s easy to cook and easy to eat. However, why limit yourself to just edamame when you can make it into a hummus that’s perfect with crackers?

You’re still going to get that edamame taste but with the hummus texture.

You may not even need the crackers in the end if I’m being honest. Eating this hummus with just a spoon is a perfectly acceptable way to eat this snack. Although, it may look very weird to anybody that happens to walk past you. 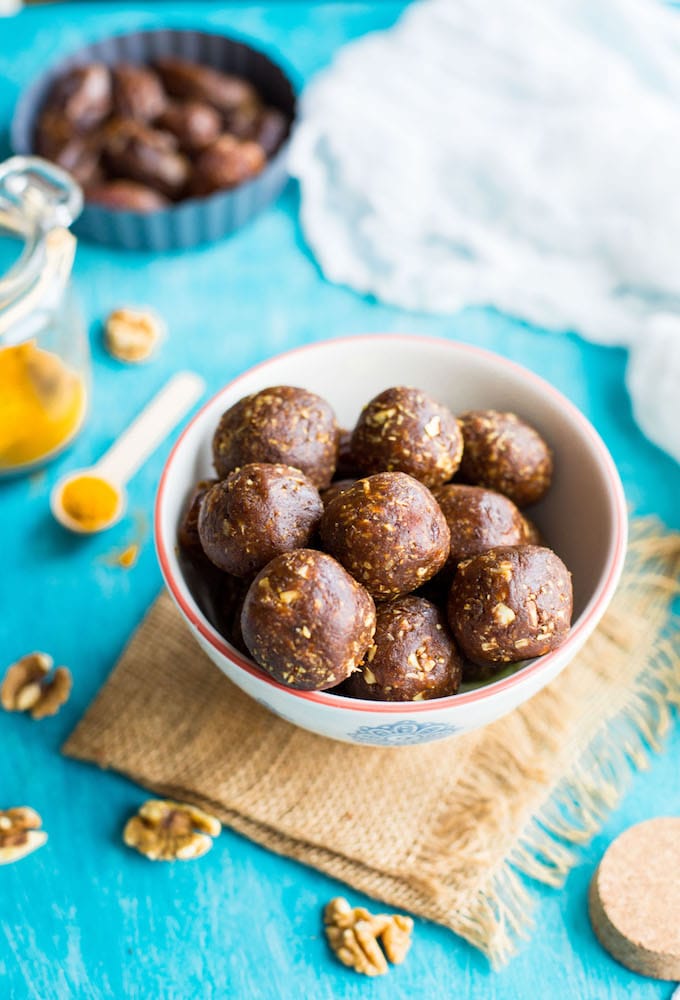 Image courtesy of A Saucy Kitchen

This is a perfect snack for anybody that’s in a hurry or on the go.

Toss all the ingredients in a blender and you’re going to be able to make these balls in no time. It’s that quick and simple.

You might like them so much that they could be gone just as fast as you made them. 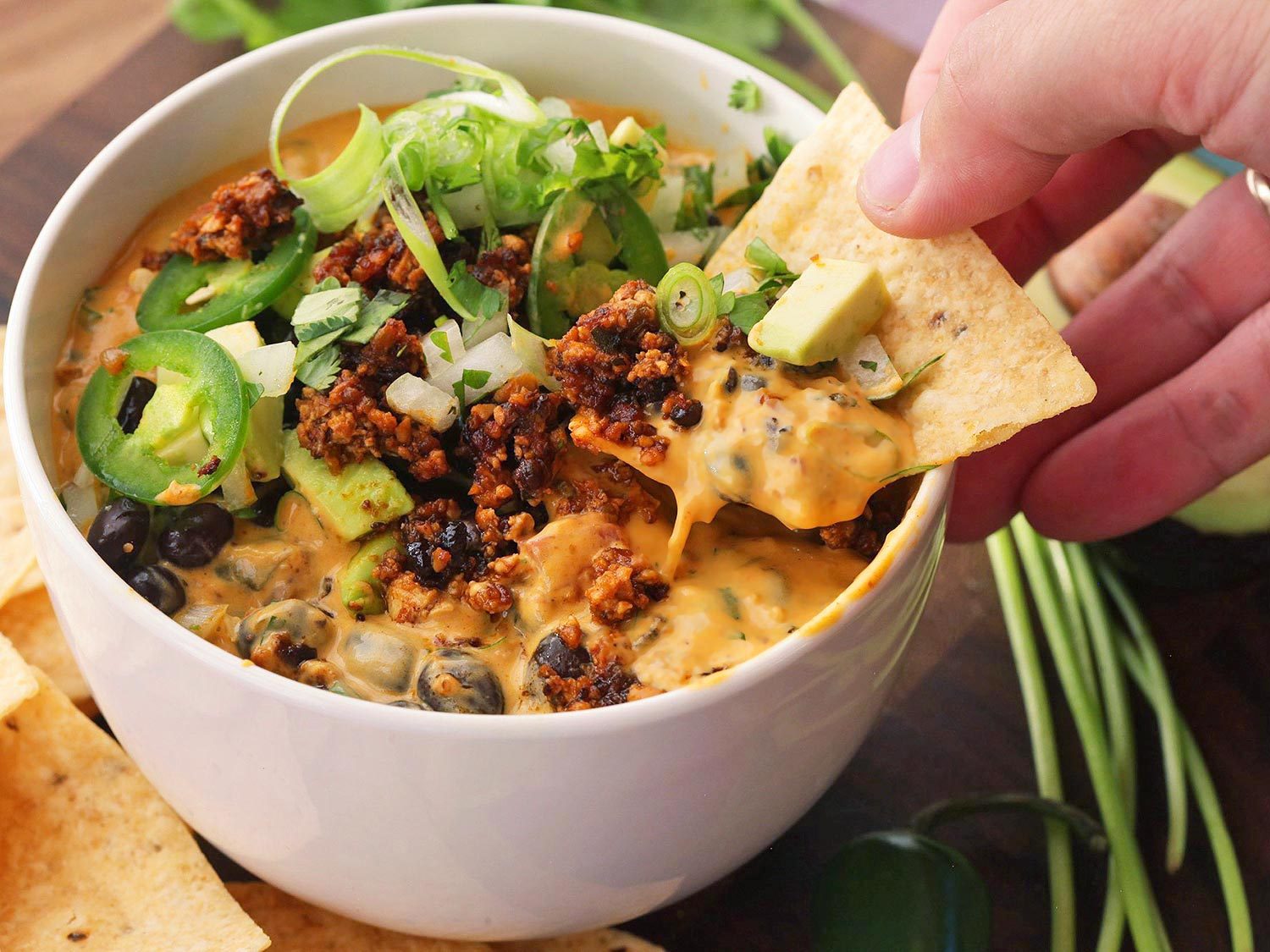 Who doesn’t love a good bowl of queso?

Everyone loves queso as a dipping sauce. It’s basically the perfect party snack.

When you have queso, the possibilities around it are nearly endless. You can serve it with just about anything.

Of course, they go best with chips, but that’s just my personal opinion. 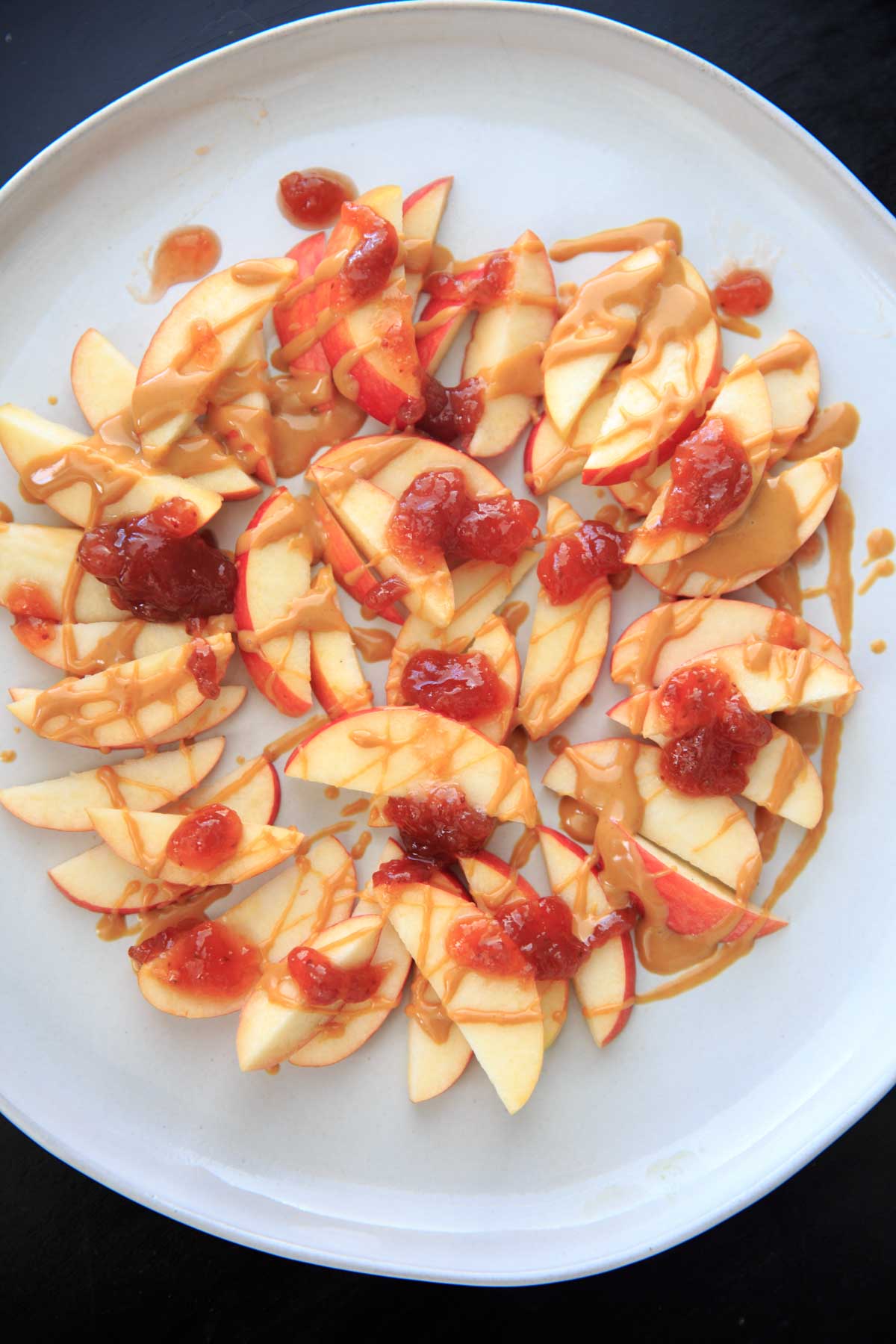 Image courtesy of Trial and Eater

This recipe is as simple as cutting a couple apples and spreading melted peanut butter and jelly over them.

It sounds like a mess waiting to happen, but it’s all worth it.

Nothing is better than a snack that you can have a lot of fun with. If you have kids, then this is sure to be a huge hit with them. 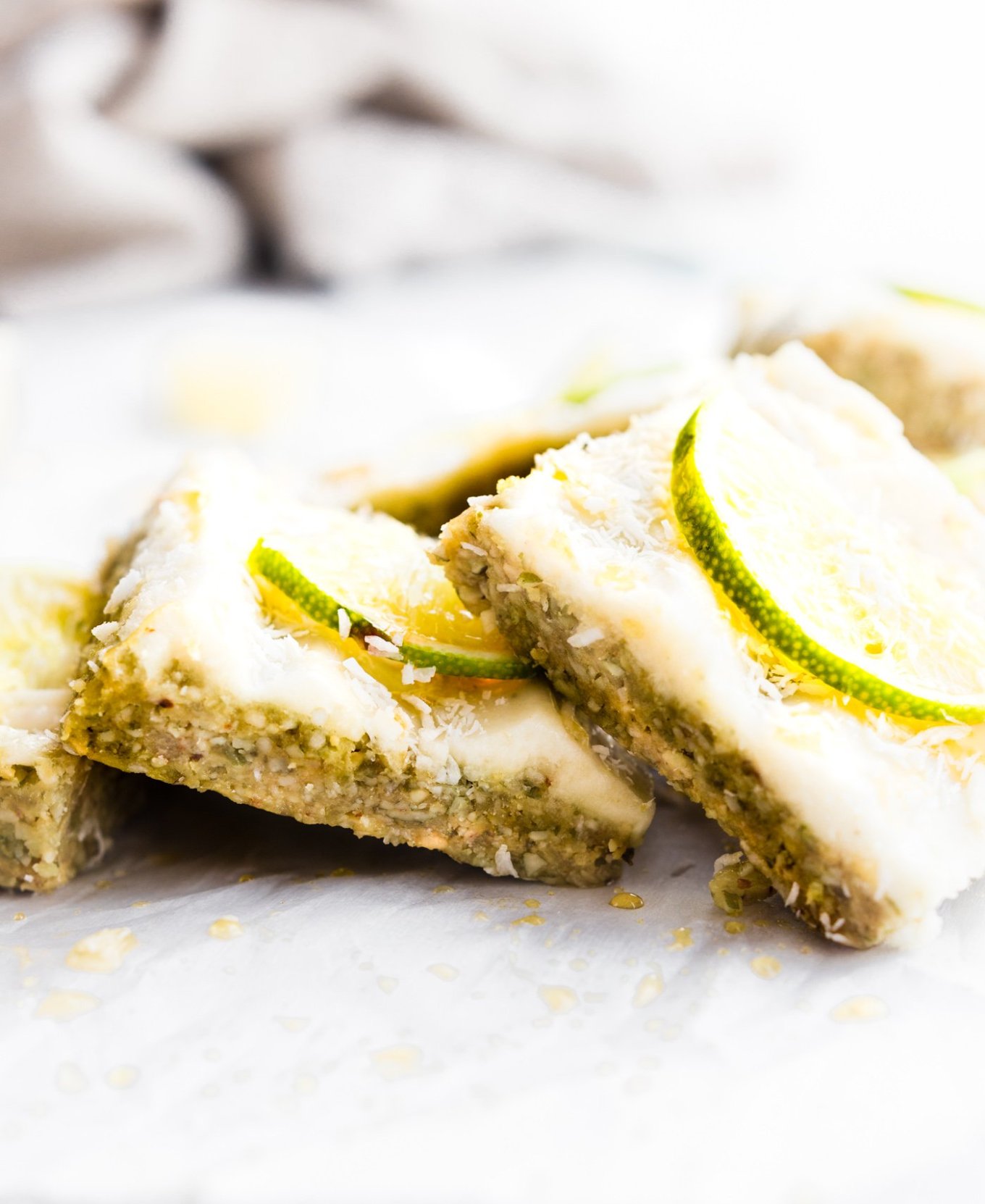 If you’re looking for a flavor that’s going to take you to a tropical paradise then look no further.

This recipe is only going to take you 10 minutes to make and it’s going to blend a bunch of flavors that are going to put a smile on your face.

Each bite of this snack is going to bring a refreshing sense to you.

Vegan Snack Ideas are for Everyone

These vegan snacks are great for people that need a quick fix or in a rush. They help make your life easier.

You aren’t going to have many worries because a lot of these recipes are going to take you no time to make. Your day can go by without you having to miss a beat.

Enjoy the deliciousness that is waiting for you.

For those that want something a simpler, you can have these vegetables or these fruits and you’ll have a vegan snack that is simple and still delicious.

If you’re on the ketogenic diet then check out these delicious keto recipes for vegetarians.